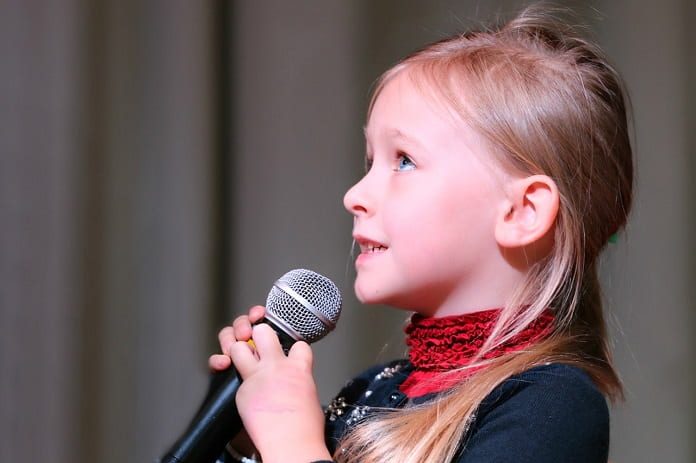 Children with cochlear implants have a difficult time perceiving speech in noise. Since singing and playing instruments have been found to improve auditory skills in children with normal hearing, researchers wanted to examine the benefits of musical activities on children with hearing loss.

For the study, the researchers compared the speech-in-noise performance of children with cochlear implants to children with normal hearing and studied the effects of age and changes over a short period of time. They published their results in Music Perception.

The researchers enrolled 43 children – those with normal hearing and those with hearing implants – in a clinical study for 14-17 months. The children were between the ages of 4 and 13. Of the 43 young children enrolled in the study, 21 had cochlear implants, and 22 had normal hearing. The researchers placed the children with the implants into two either a singing or non-singing group. Children with cochlear implants had difficulty understanding speech perception before being placed in the study.

The children with cochlear implants were required to have their implants before the age of three, had a full insertion of the electrode array, and had more than six electrodes in use. Electrode arrays are tiny metal rings that stimulate the auditory nerve to create sound sensations. They were also required to have used their implants for at least 30 months before their first measurements.

The children’s parents or guardians were asked to complete a short questionnaire after each measurement point. The questionnaires were used to assess the children’s singing behavior and speech recognition development. The researchers also used a laptop and two loudspeakers to perform a speech-in-noise test on the children in a controlled environment.

One limitation found in the study would be the cochlear implants. The results from this study showed the importance of singing and including music in a child’s upbringing. It also showed that music and singing has a great effect on .

This study shows that all children can benefit from being exposed to music, whetherit is by having their parents sing to them, sing along to a song theyhave cometo know and love, or simply playing a musical instrument.