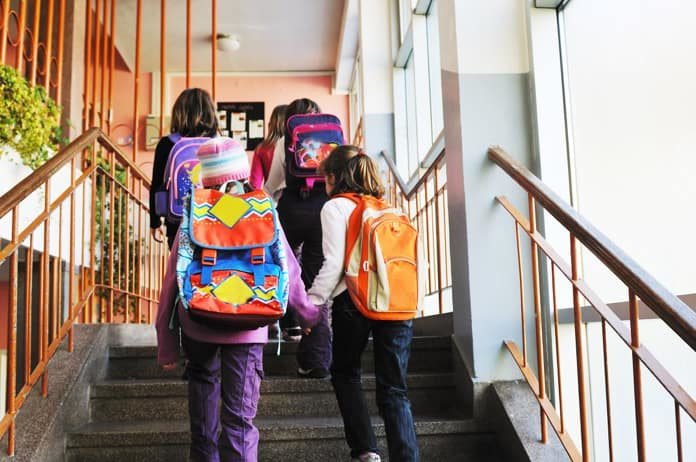 Childhood obesity is an epidemic that is considered a problem worldwide. It has been an increasing issue in developing countries, as rates in developed countries have recently started to level off. Nonetheless, in the developed world, about 25% of children are obese or overweight, and this number has increased by 47% since the 1980s. Childhood obesity can bring on many serious problems. It is important to note that obese children, more often than not, tend to grow into obese adults.

Obesity in childhood also makes it more likely for an individual to develop chronic diseases, such as asthma, cardiovascular illnesses such as high blood pressure, and mental health problems, notably low self-esteem. Obesity also increases a strain on the medical system by as much as 30% and the direct medical costs associated with obesity in the United States are about US$113.9 billion annually. One study has determined that an obese child will cause a strain US$19,000 larger than a healthy weight child. It is thus very important to see how we can help educate and rehabilitate children and teens to reduce the rates of obesity in childhood.

A recent study published in The Lancet Diabetes & Endocrinology aimed to determine which of the studies in the past decade was efficient and what method was used to reach these results. They have studied articles that were set in school, preschool, the community, and at home. They have included only randomized controlled trials, quasi-experimental trials, and natural experiments, that focused on weight interventions, and weight-related outcomes, such as the body mass index. All studies must have had at least 12 months of follow-up, or six months for a school setting. The final analysis examined 41 school studies, six preschool studies, seven community studies, and two home-based studies.

Schools are an effective environment for weight loss interventions

In terms of school studies, there have been mixed results in terms of effectiveness, which can be attributed in all studies to a lack of quality in methodological design. One thing that was found to be extremely important was that combining an element of education with an increase in physical activity was more efficient and provided greater results over time than just education or just physical activity alone. An example of this would be a lesson about proper diet along with 60 minutes of play.

School studies also showed higher results than non-school studies, probably since they already provide the proper medium for teaching and activities. Thus, it confirms previous knowledge that school should be the focus of these interventions, as children spend half their waking time there.

Moreover, the researchers noted that there were more positive results in studies that involved a secondary, home setting, where children will, therefore, learn to eat at home beyond their learning in school. It is also noted that the duration of the intervention and consequential effects must be considered.

However, it is not enough to look just at the short-term results of an intervention, as it should be consistent through time, preferably into adulthood, in order to be truly effective. One such example is the study they quote called the Shape Up Somerville programme, which involved the changing of cafeteria kitchen equipment and training of staff and improving the walkability of routes to school. These changes will last over time and are not comparable to one-time changes.

In terms of the other settings, the significantly reduced amount of studies makes it hard to draw any firm conclusions. Preschool-based studies showed moderate to small effects, community-based evidence was weak, and home-based evidence was null. This, however, should be taken with a grain of salt, as one could see that home is an important, secondary setting to maintain. There has been significantly limited data and low quality of methodology that make it hard to consider these conclusions as true. In terms of measuring methodology, none of the studies were rated excellent by the Downs and Black checklist. Most studies were fair, with a few good and a few weak studies. This represents a significant problem when trying to draw conclusions about the literature.

While these limitations are important, and crippling in terms of finding proper outcomes, it still can be seen that certain settings and methods are better than others. It is important to focus on strong methodology in the future, but it is likewise important to draw conclusions from what seems to be the trend that combining certain settings and methods brings about better results. The authors stress the importance of long-term results and not a one-time change.

How effective are current methods for treating OCD in children?

Behavioral Therapy for Anxiety and Depression in Children