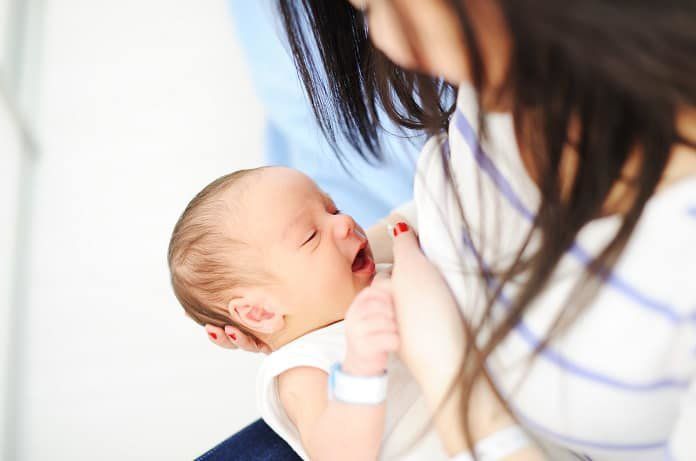 Researchers in Italy explored whether or not the childbirth method determines the quality of breast milk.

Maternal breast milk that is first secreted after giving birth is called colostrum. Colustrum is rich in various components including antibodies, mineral salts, and hormones. Colostrum provides babies with their first protective defences allowing them to adapt to the environment outside of the uterus and is considered as a fundamental source of nutrition for infants. Colostrum also contains a number of bacteria that protect the immature infant gut and has a strong impact on the health of a newborn for up to several months after birth. There is a change in the bacterial composition once the mother develops mature milk and the exact origin of the bacteria in colostrum and mature milk is still under investigation.

In a recent article published in BMC Microbiology researchers aimed to determine if childbirth method affected the bacterial composition of colostrum. Toscano and colleagues analysed colostrum samples from 29 Italian women, 15 who had vaginal deliveries and 14 who underwent caesarean sections. The women were recruited from postnatal wards in Verona, Italy and were included in the study if they delivered healthy babies, and were able to provide a sample of their colostrum within three days after birth. Lifestyle, dietary habits, and the mother’s physical characteristics affect the composition of colostrum and mature milk. Since diet is one of the main influencers of colostrum’s bacterial composition, all participants consumed the same dietary intake including a lot of animal proteins, fat, and sugar.

The researchers reported several significant differences in colostrum composition based on the childbirth method. They found that vaginal deliveries had more bacteria belonging to the Streptococcus and Haemophilus family. Mothers who underwent vaginal deliveries had colostrum with a slightly greater richness in bacterial content which the researchers referred to as bacterial diversity. When the body is exposed to a variety of bacterial species it makes the system more resilient and adaptable to stress.

The colostrum from caesarean section samples had a greater number of environmental bacteria in comparison with the vaginal samples, however, both sets of samples showed a high number of gut bacteria species. The researchers also reported that the mode of delivery seemed to have a strong impact on the relationships existing between the bacteria, however, the real meaning of these interactions is still not clear and requires further study. The researchers did not report any limitations to this study.

In conclusion, the childbirth method plays an important role in determining the bacterial composition of the colostrum. The amount and types of bacteria are impacted, as is the method in which the various bacteria interact with each other.