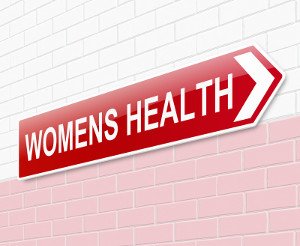 Reproductive factors play a role in women’s long-term health, risk of cancer, and overall mortality, according to a new study.

A large cohort study involving more than 300 000 women from 10 European countries examined reproductive characteristics that are associated with the risk of cancer and overall mortality. Data was collected from women aged 25-70 years who were recruited into the European Prospective Investigation into Cancer and Nutrition study from 1992 to 2000. The subjects were followed for up to 13 years to determine changes in health and cause of mortality.

Reproductive factors such as childbirth, breastfeeding, oral contraceptive use, age of onset of menstruation, and menopausal age were analyzed in relation to the development of cancer, heart disease, stroke, and age of death. Other characteristics such as smoking, body mass index (BMI), diet, physical activity, level of education, and occupation were taken into account.

During the course of the study, about 5900 women died from cancer (749 from breast cancer) and 2400 from cardiovascular disease. Factors associated with lower risk of overall mortality included late onset of menstruation (age ≥15 years), parity (giving birth), breastfeeding, late menopausal age (46-50 years), and oral contraceptive use, in non-smokers. Women with a late age of menstruation, who had given birth to more than one child, breastfed, used oral contraceptives, and had never smoked, had a lower risk of death from cancer, including breast cancer, and cardiovascular disease.

The study provided insight into ways to improve women’s health and lower the risk of cancer and heart disease by, looking at female reproductive physiology and exposure to contraceptive hormones.