Home Medicine Cancer Chemicals That May Cause Urinary Tract Cancer 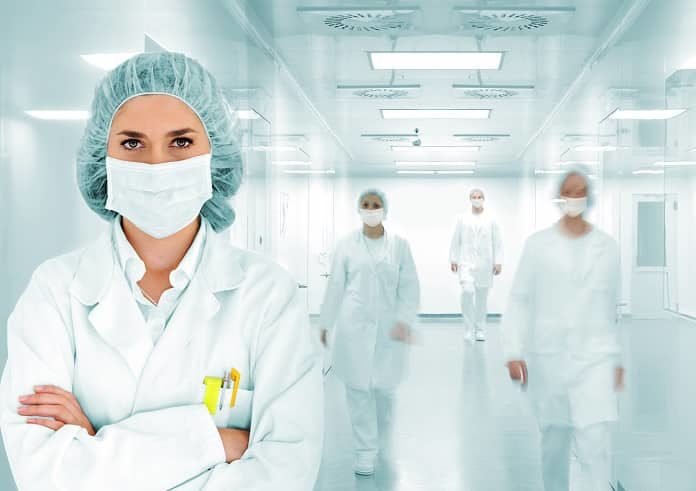 A recent meeting of 21 scientists updated guidelines on several chemicals and their potential in causing urinary tract cancer.  The most current evidence is awaiting publication, recommending that 7 different substances be categorized as “possibly carcinogenic to humans”.

Cancer arises when cells in our bodies undergo genetic damage or a disruption of normal cellular process and results in rapid uncontrolled proliferation, or growth. This could happen naturally over time or more notably, is due to exposure to dangerous substances and chemicals, called carcinogens. Some well-known carcinogens such as radiation and cigarette smoke are prevalent in our society, but there are many other lesser-known chemicals that we may interact with as well. As such, scientists need to test the carcinogenicity of various substances in order to make appropriate recommendations, protecting the general population from any unnecessary exposure to carcinogens.

To assess safety, substances are tested in cellular and animal models.  These results can also be strengthened by any available clinical data from those who have been exposed to the substances. Recently, a group of scientists met at the International Agency for Research on Cancer (IARC) in France to determine the ability of 7 different chemicals to cause cancer in the urinary tract: melamine, 1-test-butoxypropan-2-ol, β-myrcene, furfuryl alcohol, pyridine, tetrahydrofuran, and vinylidene chloride.

The result, published in The Lancet, was that 7 chemicals were all classified as “possibly carcinogenic to humans” in the context of their ability to cause urinary tract cancer, based on supporting evidence from animal studies. However, there was insufficient clinical data to determine if there was any carcinogenic effect on humans.

Melamine: This is a widely used chemical in many plastic materials which include filters, coatings, and adhesives. Melamine dust can be inhaled during the production of these materials. Of note, multiple studies using mice or rats showed that melamine caused urinary bladder cancer. In some animals that were exposed to high levels of melamine, it was observed that there was more kidney stones and inflammation of the kidney and bladder. Similar findings were also seen in additional animal studies.

1-tert-butoxypropan-2-ol: This is a solvent used in many cleaners, paints, and ink. It is easily absorbed and then eliminated from the body through urination. Inhalation of this chemical in animal studies caused liver cancer and some cancers in the ureter, but these results were rare.

β-myrcene: This compound is found in many plants and is mainly used in a process to manufacture menthol (mint flavour). β-myrcene is also used as a fragrance and to flavour food. When this compound is administered orally to mice, they were more likely to develop liver cancer, and also, to a lesser extent, cancer in the kidney. It too is well absorbed and excreted in urine.

Furfuryl alcohol: This chemical is commonly produced and used in industrial applications. Workers can be exposed to the chemical through breathing it in or by skin contact. It is also produced when food is roasted, baked, or deep-fried. Animal studies showed an increased likelihood of kidney cancers and cancers in the nose if the chemical was inhaled.

Pyridine: This chemical is found in pesticides, vitamins, drugs, and as a flavouring agent. The general population encounters pyridine most often in cigarette smoke and food. By administering this chemical in the drinking water of animals, scientists observed that they were more likely to develop liver cancer, kidney cancer, and leukemia.

Tetrahydrofuran: Used as a common chemical in plastics, glues, perfumes, and insecticides. The general public is most often exposed to this compound through household products. Inhalation of tetrahydrofuran increased the likelihood of developing liver and kidney cancer in rats.

Vinylidene chloride: This chemical is mainly used in the production of films for food packaging, which could potentially leave residues of the chemical after contact with food. Mice that inhaled this compound developed kidney and liver cancer, in addition to cancers in airways and blood vessels. Another study showed that it could induce leukemia, thyroid cancer, and breast cancer.

The recommendation of these scientists that these compounds are “possibly carcinogenic to humans” is important in preserving our health, and also serves as a useful reminder. We should be aware of the potential health effects of the various chemicals that we come into contact with so that we can prevent dangerous exposures.  These recommendations may inform industry leaders, national law and policy makers and the general public when making health and safety decisions.  By obtaining additional clinical and animal data on potential carcinogenic substances, we can take more precautions to ensure the safety and well-being of consumers and workers.