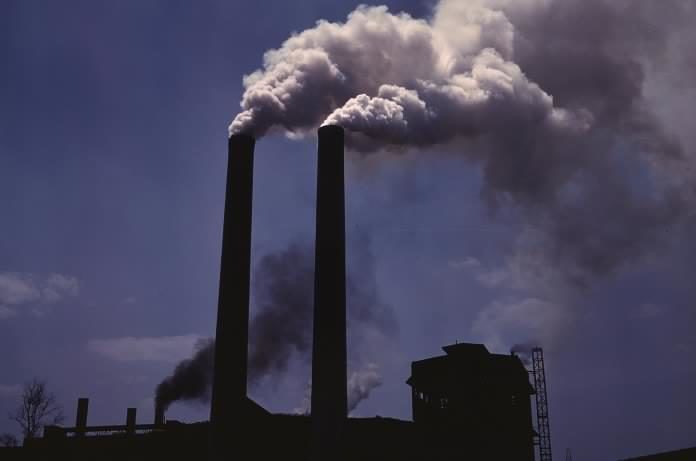 A recent report describes the groundbreaking development of a cheap catalyst that enables the efficient conversion of the primary greenhouse gas carbon dioxide (CO2) to carbon monoxide (CO) and oxygen (O2). CO can be reduced further to liquid hydrocarbons, which can be used as fuels, paving the way for easy carbon capture, storage and the creation of a regulated man-made carbon cycle.

The burning of fossil fuels, such as coal, oil, and natural gas, produces CO2. CO2 is a greenhouse gas that absorbs and emits infrared radiation, contributing to global warming. The mean growth rate of atmospheric levels of CO2 has increased steadily in the past sixty years from 0.96 ppm/year in 1959 to 2.93 ppm/year in 2016.1 This human interference in the geochemical carbon cycle threatens life on the planet with rising temperatures, the melting of polar ice caps and mountain glaciers, and rising sea levels.

One method of decreasing emitted CO2 levels is by converting it to CO and O2. The CO produced can then be converted to liquid hydrocarbon fuels. However, the conversion of CO2 to CO and O2 has been a challenge owing to the lack of cheap reaction catalysts that can be used on an industrial scale. Not so any more, a report published in Nature Energy in June this year describes the development of a copper oxide (CuO) catalyst with a surface layer of tin oxide (SnO2).2 Since SnO2 and copper ores are abundant, the conversion of CO2 to CO becomes feasible on an industrial scale.

The research team created the catalyst by depositing one-atom thick layers of SnO2 on nanowires of CuO, which were deposited on a copper film. The SnO2 deposition process, called atomic layer deposition, was repeated 2–5 times. CO2 is conventionally broken down to CO and O2 by process called electrolysis wherein electric current is passed through an electrolyte solution containing dissolved CO2 in a specialized cell called an electrochemical cell. However, this conversion is inefficient and gives rise to a number of byproducts, including formic acid, methane, ethylene, and ethanol, unless precious metals such as gold, silver, and platinum are used as catalysts.

The SnO-coated CuO nanowires used as catalysts in this study are bifunctional, serving as both an anode and cathode in the two compartments of the electrochemical cell. The electrochemical cell performing the reaction consisted of two electrodes immersed in a solution of sodium bicarbonate saturated with carbon dioxide. When electric current from a solar cell was passed through the electrochemical cell, the carbon dioxide was reduced to CO at the cathode and water was oxidized to O2 at the anode. A Nafion membrane, which is permeable only to protons (H+), separated the two electrodes, preventing the CO and O2 that are generated at the cathode and anode, respectively, from recombining to form CO2. The efficiency of the conversion of CO2 to CO using the new catalyst was 13.4%, which is twice that of previously reported values.

To summarize, the development of this catalyst helps surmount a crucial barrier in the conversion of renewable energy into hydrocarbon fuels that are more suitable for storage. Importantly, carbon capture and storage using renewable energy sources can help address the problem of increasing atmospheric CO2 and help mitigate the effects of human interference in the geochemical carbon cycle.