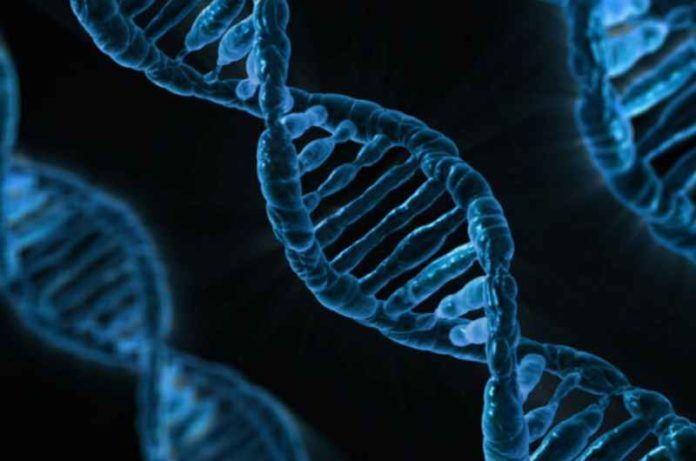 In a 2017 study, researchers investigated associations between the genetic, molecular, and histological features of cervical cancers in order to identify clinically-relevant characteristics useful for diagnosis, prognosis, and treatment. The researchers identified several genetic, RNA-related, protein-related, and histological features that may be useful for characterizing cervical cancer by HPV Strain, mutations in certain cellular pathways, DNA regulation, and cell type.

Over time, cancerous cells accumulate mutations – changes in the sequence of DNA base pairs, the number of copies a gene has, or the structure of chromosomes. Mutations in turn affect the shape and makeup of RNA and proteins, which carry out cellular functions, and the ways in which their production from the blueprints provided by DNA are regulated. Through various techniques, mutations can be identified and their effects can be characterized, providing information that may be useful for diagnosis, prognosis, and treatment.

Cancers of the cervix are the fourth most common in women worldwide, caused primarily by tumour-forming strains of the human papilloma virus (HPV). Cervical cancer risk varies substantially based on the HPV strains with which a woman is infected, and on the characteristics of the cancerous cells within the cervix. The mechanisms behind these HPV-related characteristics, however, are not fully understood, and clinically-relevant cervical cancer patient classifications have yet to be identified. An improved understanding of the genetic and cellular changes that lead to cervical cancer, their effects, and their causes may lead to the development of more effective therapies for the treatment of cervical cancer in the future.

In a 2017 paper published in Nature, researchers analyzed the DNA, RNA, and proteins from 228 cases of invasive (spreading) cervical cancer in order to find associations between genetic and molecular changes and clinical indicators of various forms of cervical cancer, and to elucidate the mechanisms behind them. Samples were obtained from primary cervical tumours of women who had not undergone radiation therapy or chemotherapy.

Five genes – SHKBP1, ERBB3, CASP8, HLA-A, and TGFBR2 –were identified as both significantly mutated and newly-implicated in cervical cancer. Nine – PIK3CA, EP300, FBXW9, HLA-B, PTEN, NFE2L2, ARID1A, KRAS, and MAPK1 – were identified as significantly mutated and implicated in cervical cancer, in agreement with established research. Mutations in HLA-A, HLA-B, NFE2L2, MAPK1, CASP8, SHKBP1, and TGFBR2 were specific to squamous carcinomas (cancers of the cervical lining), while the rest were common to both squamous and adenocarcinomas (cancers of the mucus glands embedded in the cervical lining).Gene multiplications newly implicated in cervical cancer included those in EGFR, CD274 and PDCD1LG2, KLF5, and BCAR4. Notably, CD274 and PDCD1LG2 are associated with the function of granzyme A and perforin, proteins involved in the destruction of virus-infected, damaged, or cancerous cells by the immune system, and BCAR4 promotes metastasis and increased cell number in estrogen-resistant breast cancer by activating the ERBB2 cell signalling pathway. Whole-genome analysis revealed duplications of sequences within the BCAR4 gene, along with multiplications of the gene on chromosome 16.Deletions newly implicated in cervical cancer included those in TGFBR2and SMAD4.

Eight of 178 cervical cancer samples analyzed resembled endometrial cancers, 5 of which were adenocarcinomas. Seven of these tested negative for HPV. Six belonged to the adenocarcinoma mRNA group and 2 to the keratin-low group. These tumours accounted for 33% of ARID1A mutations, 27% of KRAS mutations, and 20% of PTEN mutations in the study. These endometrial-like cervical tumours were also associated with protein hormones, and strongly associated with low copy numbers and levels of methylation.

The findings of this study identify a number of genetic and molecular characteristics that may be useful for characterizing cervical cancer by HPV strain, mutations, and molecular features. Notably, the findings suggest that different HPV types are associated with different forms of cervical cancer. Further, 70% of the samples had mutations in genes related to the PI3K/MAPK and TGFβ signalling pathways, and as such members of these pathways, such as PI3K/Akt, TGFBR2, and PTEN, may be valuable as therapeutic targets. Therapies targeting the newly-implicated genes BCAR4 and ERBB3, and PTEN and ARID1A, already exist, and as such the effectiveness of such therapies in treating cervical cancers may warrant further study.