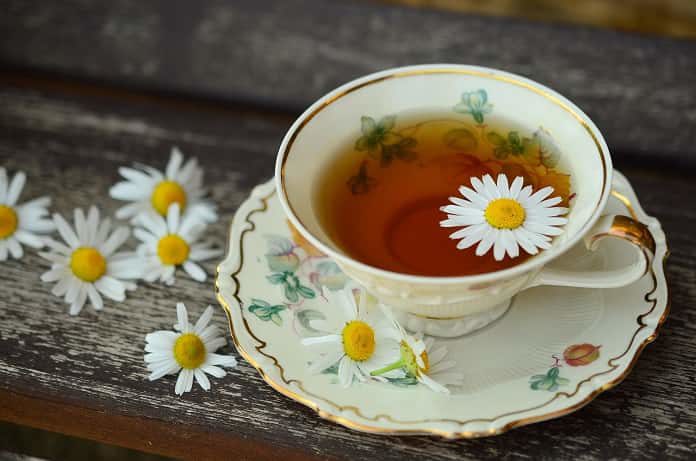 A lack of sleep can interfere with one’s physical, mental, social, and emotional well-being. Researchers recently investigated whether supplementing with chamomile extract is effective at reducing insomnia in older adults.

Difficulty going to sleep or remaining asleep can cause major disturbances during nightfall.This disturbance in sleep pattern, known as insomnia, can lead to chronic conditions that can affect overall health and lifestyle. The risk of insomnia increases with age, and insomnia is common in those that reside in a nursing home.For instance, in Tehran, Iran, a study reported that 88.4% of nursing home residents suffer from a sleep disturbance; with the most common being dyssomnia and insomnia. Primary insomnia involves an experience of sleep problems that are not directly associated with problems or health conditions. Secondary insomnia is classified as someone having sleep problems because of a medical condition such as heartburn, hormonal changes, depression, asthma, or cancer.

Any continuous disturbance of sleep patterns can lead to feelings of mental and physical disturbance, daytime sleepiness, and lethargy. Insomnia can be managed with behavioral, cognitive, and medication therapy. More recently, traditional and herbal therapies have been using to combat the effects of this condition. Grown in Western Europe, India, and Western Asia, Iranian Traditional Medicine uses chamomile as a hypnotic and tranquilizer. As a medicinal plant, chamomile is a mild agent that has been used to sedate, treat anxiety, and promote sleep.Thus, a study to evaluate the effects of chamomile extract on sleep quality in elderly people seemed to be fitting for those residing in the Islamic Republic of Iran. The results of the study were recently published in the journal Complementary Therapies in Medicine.

The Trauma Nursing Research Center in Kashan Iran performed a randomized, single-blind research trial including 86 males and 109 females 60 years of age and older who were residents of a nursing home in Karaj, Iran. The trial consisted of a treatment group who received 200 mg of chamomile extract capsules and a control group who received 200 mg of wheat flour capsules twice a day for 28 consecutive days. The sleep quality of the participants was evaluated using the Pittsburgh Sleep Quality Index; immediately before, two weeks after beginning, immediately after the completion, and two weeks after the completion of the intervention.

Though sleep quality was initially low in both groups and did not show a statistical significance between groups, after the intervention period, the quality of sleep in the chamomile extract group was significantly better than those who consumed the wheat flour capsule. With these new findings, it is safe to say that chamomile extract can significantly improve sleep quality and promote a good night of rest for elderly people suffering from insomnia.