Home Medicine Surgery & Regenerative Medicine Can Cesarean Delivery Cause Complications After a Hysterectomy? 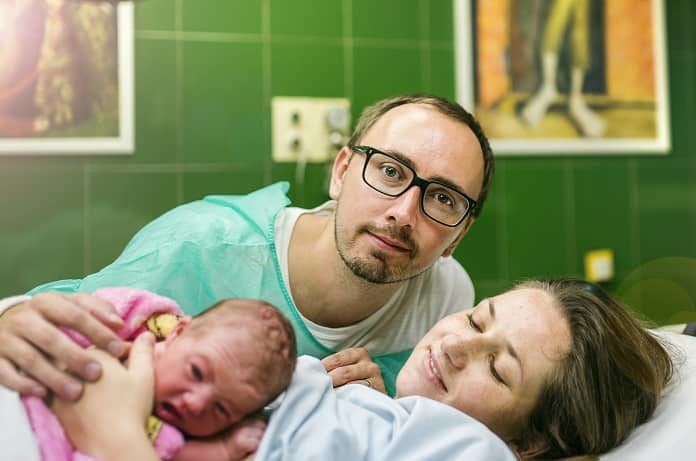 The number of women who undergo cesarean delivery (C-section) has increased globally over the past few decades. The risks of subsequent surgical complications later on in life, however, have been understudied. In a registry-based study recently published in JAMA Surgery, a group of researchers in Denmark set out to determine if having a C-section would increase the risk of postoperative complications. Specifically, they determine whether it would increase the risk for future reoperation, perioperative and postoperative complications, as well as blood transfusion in women who had a hysterectomy. The researchers hypothesized that women who underwent previous C-section delivery may have an increased risk of surgical complications when undergoing a benign hysterectomy.

Determining Complications after a Hysterectomy

In Denmark, approximately 6000 hysterectomies are performed annually, and 80% of these have benign indications.Using data from the Danish National Patient Registry, Lindquist and colleagues established a cohort of 7,685 women who gave birth by cesarean delivery for the first time between January 1, 1993, and December 31, 2012, and who also had subsequent benign hysterectomy between January 1, 1996, and December 31, 2012. The study excluded women who had vaginal deliveries, a hysterectomy during the postpartum period, and women who had a hysterectomy because of a previous diagnosis of genital tract cancer.

Of all the women in the cohort, 48.3% had a hysterectomy by way of laparotomy, 32.7% had a vaginal hysterectomy, and 19.0% had a laparoscopic hysterectomy. The risk of laparotomy was highest among women who had 2 or more C-sections.

The results showed that 5% of women required reoperation within 30 days after a hysterectomy. The risk of reoperation increased with the increasing number of C-sections performed with gynaecological procedures being the most common. A total of 934 women reported experiencing at least one surgical complication in the 30 days following hysterectomy with bleeding being the most common complication, followed by infection.

When comparing women without prior C-section to women with one, two, or more cesarean deliveries, women without prior C-section reported fewer subsequent complications. Compared with women who had 1 cesarean delivery, women who had only vaginal deliveries had a 31.1% reduced risk of reoperation after a hysterectomy. These results show that having a previous C-section increases the risk of reoperation and surgical complications in women undergoing benign hysterectomy later on in life.

This study is limited because it was solely observational. This prevents researchers from eliminating any confounding variables that are present and drawing firm conclusions as to the cause of the increased risk. The researchers also were unable to access information regarding body mass index (BMI) in the study population. It is believed that a low and a high BMI also increases the risk of surgical complications such as bleeding and infection.

In conclusion, for women who must undergo a hysterectomy, their chances of experiencing reoperation, perioperative and postoperative complications, and blood transfusion increase if they have previously had a cesarean delivery. In addition, having a previous cesarean delivery also increases the likelihood of requiring open surgery (laparotomy) for subsequent hysterectomy.