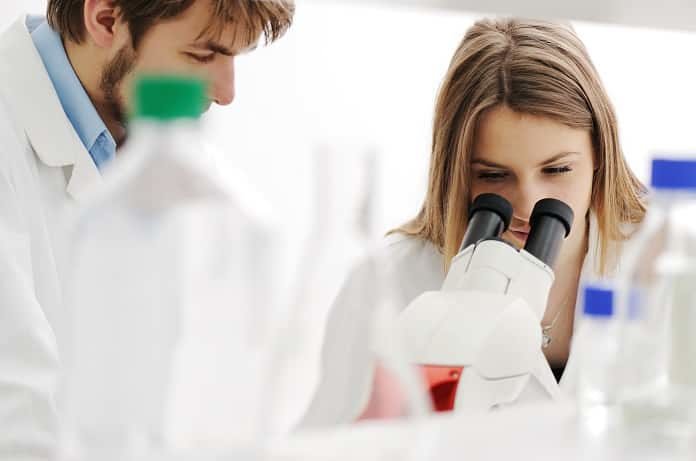 Human papillomavirus (HPV) is responsible for causing cervical cancer in many women worldwide, and successful screening programs have been accredited with helping to increase the capacity to identify and treat precancerous and pre-invasive disease. Quantitative methylation of the POU4F3 gene biomarker is a valuable tool for high-grade CIN detection.

Cervical cancer, caused by the human papillomavirus (HPV), affects many women worldwide and results in 270,000 deaths annually. With the implementation of preventative measures such as cytology-based screening programs, there has been an increasing capacity to recognize and treat abnormal cervical cells in developed countries. Liquid based cytology (LBC) screening tests involve scraping the cervix for a sample of cervical cells and analysing them to identify the presence of precancerous cells in order to treat any possible disease before it becomes invasive. As with other screening tests, cytology-based screenings have certain limitations including subjectivity, an indication of unnecessary treatment and cost burdens on the healthcare system. Recent guidelines recommend high-risk HPV (hrHPV) screening as a viable alternative to cytology-based cervical cancer screening because when they are compared, hrHPV is more reliable and reproducible. Nevertheless, HPV testing cannot be used for screening alone but triage methods must be applied and are required.

A recent study published in the International Journal of Cancer suggests the use of POU4F3 methylation as a potential biomarker and triage tool of cervical precancer and cancer in hrHPV positive women. Between 2013 and 2015, Kocsis and colleagues recruited 6,761 cervical samples from women over 18, including 1,685 hrHPV positives. The Triage and Risk Assessment of Cervical Precancer by Epigenetic Biomarker (TRACE) prospective, a multicenter clinical study intended to evaluate a methylation-specific assay for the gene POU4F3 and compare it to the cytology-based triage. They aimed to validate the CONFIDENCETM assay which includes the CONFIDENCE HPVTM and the CONFIDENCE MarkerTMtestson > 6,000 cervical samples and assess the clinical performance of the CONFIDENCE Marker™ (a human epigenetic biomarker test, which measures the methylation level of a single target gene by quantitative methylation-specific real-time PCR) in hrHPV positive women using histological analysis as the gold standard for confirmation.

The researchers discovered that combining DNA methylation biomarker detection with high-risk HPV testing proved to be a promising screening option for cervical cancer. When the POU4F3 promoter (candidate marker for high-grade HPV-positive cervical intraepithelial lesions (CIN3+)) was methylated, there was a higher sensitivity and similar specificity for CIN3+ than liquid-based cytology. They acknowledged that their findings provided evidence that molecular cervical cancer screening was feasible using hrHPV as a first line method and POU4F3 methylation as a triage method. When used alone, POU4F3 showed much higher sensitivity than LBC-based triage with comparable specificity.

This study had certain limitations, including the fact that the performance of the tests in the outpatient and oncology center study populations may not be fully applicable to a screening population. Also, it was not possible to alter the management of the patients for the purpose of the study who had negative test results for verification

1) Kocsis, Adrienn et al. “Performance Of A New HPV And Biomarker Assay In The Management Of Hrhpv Positive Women: Subanalysis Of The Ongoing Multicenter TRACE Clinical Trial (N > 6,000) To Evaluate POU4F3 Methylation As A Potential Biomarker Of Cervical Precancer And Cancer”. International Journal Of Cancer, vol 140, no. 5, 2017, pp. 1119-1133. Wiley-Blackwell, doi:10.1002/ijc.30534.