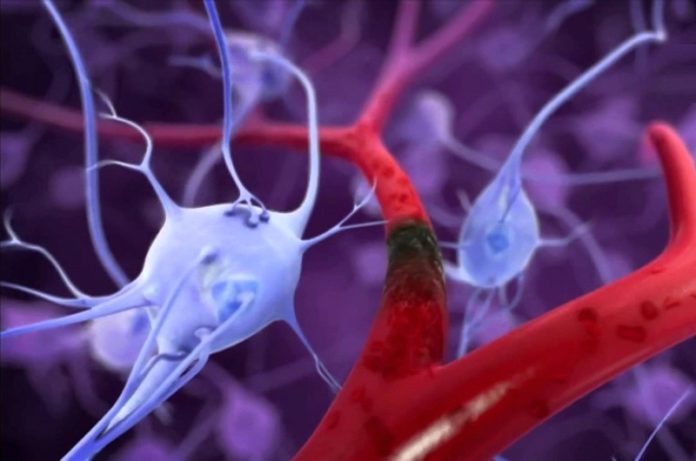 Patients who suffer strokes have small time windows to seek treatment. Waiting too long to get medical help can lead to cell death resulting in permanent deficits. Currently, intravenous tissue plasminogen activator and endovascular thrombectomies are effective treatments for restoring blood flow and limiting stroke damage; however, treatment must be reached within 6 hours of symptom presentation to be effective and are very resource and skill intensive. These treatment requirements make these forms of treatment impractical for patients in less populated areas.

Cell therapy has shown promising results for ischemic stroke treatment in animals. They are able to limit cell damage and promote patient recovery when administered in longer periods following stroke. An easily administered type of cell therapy uses adult multipotent progenitor cells, which are isolated from bone marrow and have distinct phenotypes but potential for long-term culture growth. An important note is that adult progenitor cells are universal – the donor does not have to be a genetic match with the recipient, making them widely available.

In a new study published in The Lancet, Hess et al. tested the safety and efficacy of adult multipotent progenitor cells in ischemic stroke treatment. The researchers sought to find the maximum safe, well-tolerated dose of progenitor cells and to assess its efficacy. Patients who had suffered a moderately severe ischemic stroke within the past 48 hours were eligible to be included in the study. Patients were initially separated into two trial arms receiving different doses of progenitor cells or placebos, a third arm was subsequently recruited that received the highest tolerated dosage of progenitor cells. Patient assessments were conducted at day 7, 30, 90 and 365 after receiving treatment. Additionally, MRIs were completed prior to treatment, 30 days post treatment and a year post treatment. Blood tests for inflammatory biomarkers were taken prior to treatment, 2 days after treatment, a week after treatment and a month after treatment. Improvements in neurological deficits and daily functioning were considered primary outcomes.

Adult multipotent progenitor cells were well tolerated, even at the highest dose (1200 million cells). No infusion reactions or toxic effects were reported, and any general adverse effects were similar between the two groups. While there was no significant improvement for patients who received the progenitor cells as opposed to the placebo, beneficial clinical effects were observed at 1-year post-treatment. This is likely due to the administration of the cells; intravenously administered progenitor cells may have difficulty entering the brain. Thus, the benefits of the treatment are likely related to the immune system and reduction of neuroinflammatory mediators, promoting brain recovery. Reductions in inflammatory biomarkers were seen in serum tests, and researchers hypothesize a similar reduction in tissue concentrations. The study was limited by a small sample size that necessitated an expansion of treatment time inclusion from 36 to 48 hours. Further studies should be conducted with a smaller time window that may show greater efficacy.