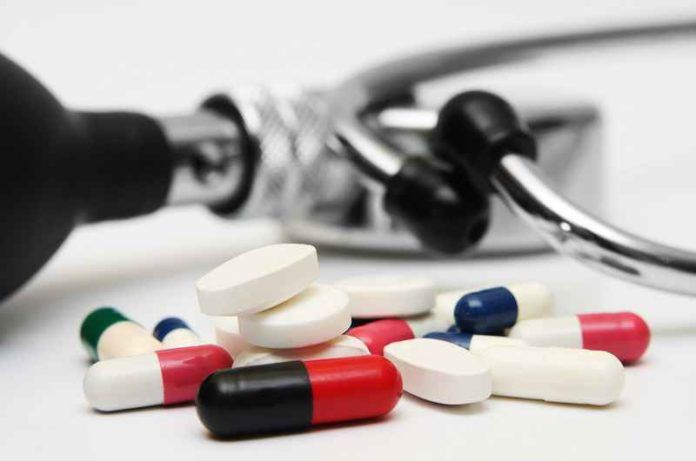 A 2016 systematic review investigated the safety and efficacy of various substances in the prevention of recurring colon cancer. It was found that the non-steroidal anti-inflammatory drugs celecoxib and sulindac reduce recurring colon cancer risk significantly, though are associated with a moderately increased risk of serious adverse events.

Though colonoscopies and the subsequent surgical removal of cancerous polyps have been shown to reduce the risk of death due to colon cancer, access to, the expense of, and the invasive nature of these techniques make population-wide screening and intervention difficult. In addition, some individuals can develop or redevelop colon cancer before they are screened due to incomplete removal of cancerous or pre-cancerous polyps or the rapid growth of the tumours. As such, preventative strategies are sought after to overcome these limitations and further reduce the risk of developing or redeveloping colon cancer.

In a 2016 systematic review published in the British Medical Journal researchers investigated the safety and efficacy of various substances for the prevention of recurring colon cancer. Information was obtained from studies collected in various biomedical literature databases and clinical trial registries. The studies examined were conducted between 1999 and 2015 and followed adult colon cancer patients who underwent surgical removal of cancerous polyps – beginning the study polyp-free, as confirmed by a colonoscopy – who were subsequently administered a non-steroidal anti-inflammatory drug (NSAID), calcium, Vitamin D, or folic acid alone or in combination. Trials investigating the use of NSAIDs which are no longer available, or drugs with little evidence of cancer prevention ability, were excluded. Efficacy was determined based on the proportion of patients found by colonoscopy to have developed new or re-emerging benign or advanced-stage polyps 3-5 years after study entry. Safety was determined based on the risk of serious adverse events; i.e., those resulting in death, hospitalization, severe gastrointestinal bleeding, or cardiovascular complications, or necessitating an end to treatment.

Overall, 14 studies, examining 12,234 patients across 10 treatments, were included in the analysis. The risk of new or re-emerging advanced-stage polyps was 9.1% among those receiving a placebo – the risk of any new or re-emerging polyp was 43.4%. Analysis suggested the non-aspirin NSAIDs were the most effective at preventing advanced-stage polyps (with a risk of 6.7%), followed by low-dose aspirin (12.1%), combinations of aspirin, calcium, and Vitamin D (12.1%), combinations of aspirin and folic acid (12.4%), and high-dose aspirin (13.6%) – the risk associated with placebo was 16.3%. Non-aspirin NSAIDs were also the most effective at preventing any new or re-emerging polyps (with a decreased risk of 56% compared to placebo), followed by calcium (32%), low-dose aspirin (31%), a combination of calcium and vitamin D (29%), and combinations of aspirin and folic acid (26%).

The analysis suggested calcium was associated with more serious adverse events (with an increased risk of 38% compared to placebo), followed by non-aspirin NSAIDs (23%). In contrast, low-dose aspirin was associated with fewer serious adverse events (with a decreased risk of 22% compared to the placebos), followed by folic acid (15%), and a combination of aspirin, folic acid, and vitamin D (10%).

Overall, the results of this systematic review suggest the NSAIDs celecoxib and sulindac reduce recurring colon cancer risk at 3-5 years, though are associated with an increased risk of serious adverse events. As such, they may be of more use to patients for whom the risk of aggressive disease outweighs the risk of complications. Administration of ≤160mg aspirin/day was found to be less effective than celecoxib and sulindac, but more tolerable, and as such may be of benefit to more patients. Calcium was associated with a moderate decrease in the likelihood of all polyps, but not advanced-stage polyps, and an increased risk of serious adverse events. The prevalence of advanced-stage polyps in this study was used to approximate the prevalence of colon cancer – 85% of colon cancers arise from advanced-stage polyps – as cancers may take more than 5 years to develop. The studies reviewed varied with respect to the definitions of advanced-stage polyps and rarely reported polyp size and number, and as such, judgments of the treatments’ efficacy in reducing disease severity cannot be made.