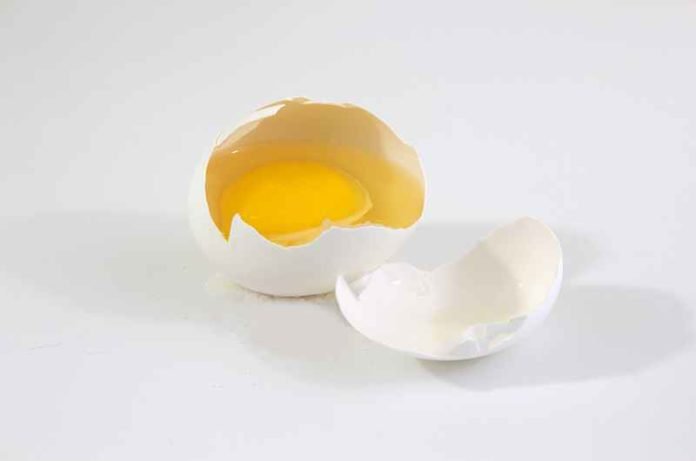 Generally, xanthophyll carotenoids like lutein, zeaxanthin, and meso-zeaxanthin, which are not produced by the human body, depends on dietary intake.  A new lead study by the scientists of Ireland and the United Kingdom have revealed that intake of eggs both in normal (control) and modified (lutein and meso-zeaxanthin) forms for 8 weeks enhanced the serum carotenoid levels of macular pigments.

The macula, which is a core tissue of retina, is mainly constituted by three carotenoid pigments; namely lutein (L), zeaxanthin (Z) and meso-zeaxanthin (MZ). Naturally, macular pigments (MP) play an important role in proper visual function by providing protection from oxidative stress that causes damage to retinal photoreceptors. Most commonly, MP components in dietary and medical supplementation forms not only enhance the visual function in the macula, but also protect the degeneration process advancing with aging. Especially in the developing world, any alterations in MP with aging leads to the onset of age-related macular degeneration (AMD).Most commonly, eggs in the dietary form are considered to be a rich source of carotenoid pigments such as lutein and zeaxanthin. Previous studies have reported that enrichment of MP following supplementation with a combination of L, Z and MZ have shown clinically-relevant improvements in visual function, downstream regulation of oxidative stress, and cognitive function. A collaborative study in this direction by Kelly and co-researchers was published in the British Journal of Nutrition, 2017.

The Egg Xanthophyll Intervention Clinical Trial (EXIT) was carried out for understanding the role of macular carotenoid-enriched eggs on serum carotenoid concentrations, visual performance, MP and serum cholesterol levels from September 2013 to November 2013. A total of fifty human subjects between the ages of 18 and 65 years with no history of cardiovascular disease, no ocular pathology, cholesterol levels of ≤6.5 mmol/l, and having no allergies to eggs were recruited as study subjects while those with recent history of macular carotenoids and/or statin intake were excluded from the study trial. Two groups were developed from fifty subjects, each constituting twenty-five participants: Group 1was given a standard (control) egg daily; whereas Group 2 was fed with a modified egg (macular carotenoid containing L:MZ in a 1:1 ratio) daily. After eight weeks, researchers measured the levels of serum carotenoid, MP, visual function and serum cholesterol levels in order to understand the impact consumption of modified eggs on macular and visual function.

Interestingly, serum carotenoid concentrations increased significantly in both the control and enriched egg groups, but it was greater in the enriched egg group. Based on MP levels, it was evident that there was no significant improvement in visual performance in either group. In the case of cholesterol level, each group showed no increase past the upper limit of the normative range (6.5mmol/l). In the case of visual performance, which was assessed by contrast sensitivity (CS) and best-corrected visual acuity (BCVA), they noted some significant changes for CS in both the groups but none were statistically significant from baseline visual performance levels. Moreover, throughout the course of the trial, there was a significant increase in total cholesterol in both control and modified egg groups. In summary, the main finding from this study was that there was a statistically significant increase in serum carotenoid concentrations in the control and modified egg groups over the course of the trial; however, no significant MP changes and visual improvement were seen in either study groups.

In short, intake of eggs for 8 weeks either in normal or enriched forms can enhance carotenoid pigment concentrations in the macula. However, improvements in the duration of egg consumption, no bias in sample selection, a larger sample size and a high ratio of gender would have further improved the study results. Furthermore, carotenoid-enriched eggs would be a probable source of macular carotenoids, as they represent more feasibility in cost and are a readily accessible component over available medical supplements.