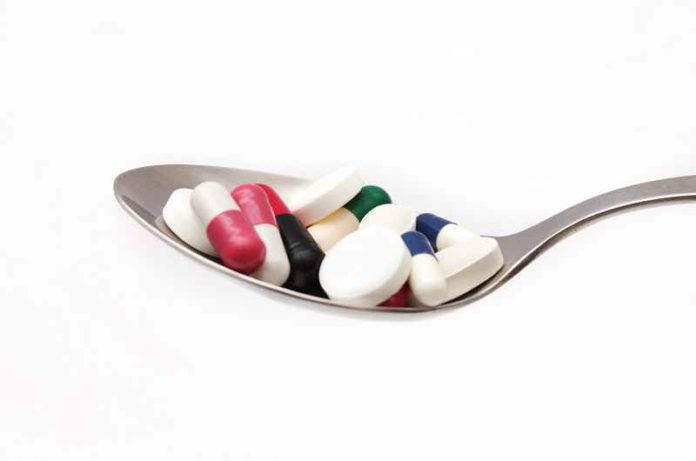 A 2016 trial assessed the cardiovascular safety of the COX-2 inhibitor celecoxib relative to the nonspecific COX inhibitors ibuprofen and naproxen. The study findings suggest that in moderate doses, celecoxib is no less safe than ibuprofen or naproxen.

Reports have suggested that higher doses of the non-steroidal anti-inflammatory drug (NSAID) celecoxib – used to treat arthritis pain and inflammation by blocking the action of one form of the cyclooxygenase enzyme, COX-2 – may increase cardiovascular risk. As such, the Federal Drug Administration in the United States mandated that a trial assessing the safety of celecoxib with respect to cardiovascular outcomes be conducted.

In the 2016 PRECISION trial, published in the New England Journal of Medicine, researchers investigated the safety of the COX-2 inhibitor celecoxib compared to the nonspecific COX-1/2 inhibitors ibuprofen and naproxen. Adult patients with osteoarthritis or rheumatoid arthritis, who were at increased risk of cardiovascular complications, and who had a daily NSAID prescription were recruited for the study. Patients were allowed to continue daily aspirin treatment, provided doses were less than 325 mg. Those whose arthritic pain was sufficiently managed by acetaminophen were excluded. Patients received 100 mg of celecoxib twice daily, 600 mg of ibuprofen three times daily, or 375 mg of naproxen twice daily. If treatment was insufficient, clinicians could increase the doses of rheumatoid arthritis patients to 200 mg of celecoxib, 800 mg of ibuprofen, or 500 mg of naproxen for their respective regimens. Ibuprofen and naproxen doses could also be increased to these levels for osteoarthritis patients. Each patient was also provided with 20-40 mg of daily esomeprazole to reduce gastric upset.

Safety was assessed with respect to the time until non-fatal heart attack, stroke, or death from cardiovascular causes, requiring surgery to unblock blood vessels, experiencing serious gastric events, kidney dysfunction, iron deficiency anemia with a gastrointestinal cause, hospitalization due to a persistent lack of blood flow to the vessels which supply the heart muscles, temporary lack of flow to part of the brain, high blood pressure, or heart failure. Arthritis pain was assessed based on a visual analog scale (VAS) score from 0 to 100 mm, with higher scores representing greater pain. Differences of 13.7 mm or more were considered significant.

The study findings suggest that with respect to cardiovascular risk, celecoxib is no less safe than ibuprofen or naproxen. Further, rates of kidney and gastrointestinal events, and hospitalization due to high blood pressure with celecoxib use were lower than or comparable to those associated with the non-specific NSAIDs tested. As adherence to the esomeprazole regimen was not evaluated, its impact on gastrointestinal events may not have been fully taken into account. Similarly, the effect of aspirin on cardiovascular outcomes and pain management in this study is unknown. The treatment groups consisted of approximately 90% osteoarthritis patients and 10% rheumatoid arthritis patients, and as such, balanced study population may have provided insight into the safety of these NSAIDs for these conditions. Further research will be required to determine the safety of celecoxib relative to other NSAIDs.