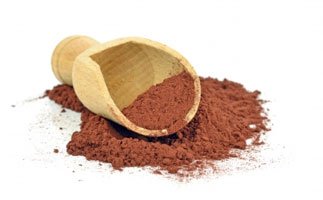 Recent research has demonstrated the health benefits of cocoa products. These are attributed to the cocoa flavonols specifically. A recent study has shown that there are beneficial effects to cardiovascular health in relation to cocoa.

The observed cardio-protective effects of cocoa and chocolate products are attributed mostly to the polyphenols, in particular, flavonols, present in these foods. A recent study tested the effects of 4 weeks consuming cocoa with milk in participants who had either normal cholesterol levels or moderately elevated cholesterol levels. The study assessed a variety of cardiovascular markers including: lipid and lipoprotein levels, oxidation biomarkers, anti-oxidant levels, biomarkers of inflammation, blood pressure, and heart rate. The increase in calorie consumption was also taken into account, due to the potential for weight gain. Therefore, weight and body composition were also measured. Participants with a total cholesterol concentration of <2000mg/L were recruited to the ‘normal cholesterol’group, while participants with a cholesterol concentration of >2000mg/L were recruited to the ‘hypercholesterolemia group’. All participants included in the study were non-vegetarian, non-smokers, aged 18-55 years, with a BMI of <30kg/m2. In total there were 44 participants who completed the study.

Overall, the study found that there was an improvement in overall cardiovascular health, increases in HDL cholesterol, and reduction of glucose levels in the treatment group. Moreover, the levels of IL-1βand IL-10 were also decreased in the participants who consumed the cocoa and milk. This is particularly important as IL-10 has been associated with atherosclerotic plaques, likely due to anti-inflammatory mechanisms induced by the inflammatory environment present in atherosclerosis. Both anti-inflammatory cytokines IL-1βand IL-10 were reduced by 50% in the participants consuming cocoa and milk. This included both the group with normal cholesterol levels and the group with moderately elevated cholesterol levels. These beneficial cardiovascular effects were seen without an increase in participants’weight, or change of body composition.

Another study assessing the effects of cocoa on blood pressure and vascular function in hypertensive patients is currently being conducted at Griffin Hospital, Connecticut, and at the Boston University School of Medicine, Massachusetts, United States. This study will assess different doses of cocoa-containing product over a study period of 8 weeks. Measures of cardiovascular health, including: blood pressure, endothelial function, and arterial stiffness will be assessed. In addition, serum lipid levels will be measured, including VLDL, LDL and HDL cholesterol. Body weight and composition will also be measured as secondary outcomes. The study will include participants who are aged between 18-75 years with hypertension.

Clinicaltrials.gov “Effects of Cocoa on Ambulatory Blood Pressure and Vascular Function in Patients With Stage I Hypertension (DARC)” Available from: http://www.clinicaltrials.gov/ct2/show/NCT01672840?term=cocoa&recr=Open&no_unk=Y&rank=2Last Accessed: June 26, 2014.