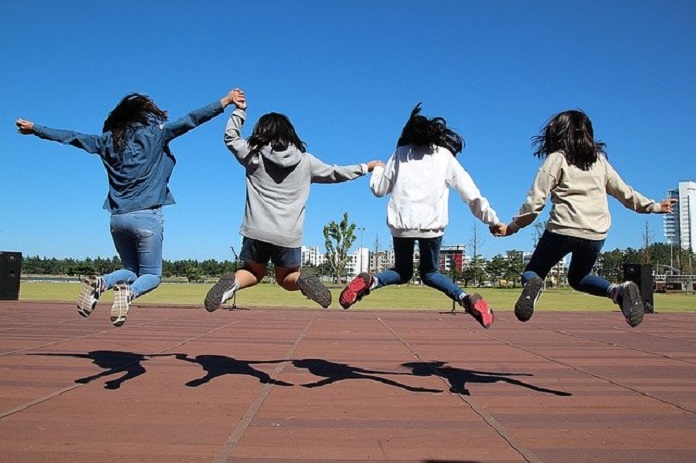 In a statement released by the American Heart Association, only 40% of youth in the United States have healthy cardiorespiratory fitness.

Cardiorespiratory fitness (CRF) is considered an important measure of physical and mental health in children. Also known as aerobic fitness, CRF refers to the ability of the body to supply oxygen to the muscles during exercise. Low/unhealthy CRF is a strong predictor of several problems, and children with low CRF are more likely to develop cardiovascular disease, stroke, and diabetes as adults. CRF is also linked to academic achievement. Studies have shown that children with a healthy CRF show clearer thinking, better academic achievement, and have improved mental health and self-esteem. Overall, children with healthy CRF are more likely to be healthier adults with a longer lifespan.

Published in the journal Circulation, the American Heart Association released the new scientific statement showing the decline in CRF in children on July 20, 2020. This decline has continued over the past six decades, both in the United States and internationally. Although not fully understood, it is thought that; increased obesity, increased sedentary time, socio-economic changes, and reduced vigorous activities are the main contributing factors to the decline. Studies have identified that children are more sedentary than in previous decades due to spending more time on electronics and less time doing exercise and playing physical games.

This statement aims to raise awareness among clinicians regarding the importance of measuring CRF to predict current and future health issues in children. At present, CRF is not routinely measured unless a child has a specific long term condition such as asthma or cystic fibrosis. Types of CRF testing include the bleep test, the six-minute walk test, step tests, and the cardiopulmonary exercise test. These types of tests can be easily implemented in a pediatric health care office or at a school but require time and space to do so. If CRF testing was carried out annually in all children, it could identify children who would benefit from lifestyle interventions to improve their health.

The American Heart Association advises that CRF in children can be improved by increasing short bursts of intense physical activity. Sports such as basketball, swimming, and tennis involve bursts of vigorous exercise followed by low-intensity exercise and should be encouraged. However, this can be a challenge for many families. Children from lower-income families are more likely to have unhealthy CRF due to a lack of safe places to perform exercises, and a lack of physical education in schools. It is also more difficult to afford healthy food, which can lead to obesity in youths. Therefore, these are difficult challenges to overcome.

The hope is that further research may find low cost and effective CRF tests that can be performed in limited space, allowing for regular testing for children. However, the importance of ensuring all children receive regular physical activity throughout their school years is highlighted. By supporting public health and schools to improve CRF in children, it is expected to result in substantial physical and mental health benefits.

Image by manseok Kim from Pixabay