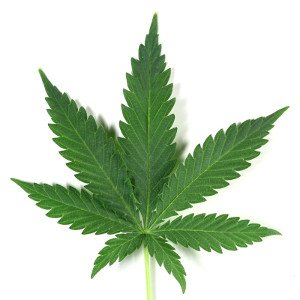 A new study published in the journal PLOS ONE reports that cannabis use (whether moderate or chronic) has a strong impact on the brain’s ability to identify, process, and even empathize with human emotions. The study also suggests that the brains of chronic users have developed a method to counteract its effects, in order to better process emotion in comparison to moderate users.

Since the legalization of recreational cannabis in Washington and Colorado four years ago, a substantial amount of research has focused on determining whether long- and short-term cannabis use has any adverse consequences on health. Many studies have conflicting results and only now are scientists beginning to really understand its effects on the brain.

Recent studies link cannabis to structural and functional changes in the hippocampus of the brain (responsible for memory and regulating emotions), resulting in problems with memory tasks. It has also been linked to lower IQs and stronger impulses.

Now, a new study in the Journal PLOS ONE reports that cannabis use could also have a strong influence on our ability to process emotions. Led by Dr. Troup, researchers observed the electrical activity of the brains of 70 chronic, moderate and non-users of cannabis as they completed several emotion-response tasks. Participants were connected to electroencephalograms (EEGs), which distinguish brain wave patterns and detect the strength of an individual’s response to a stimulus. Participants were instructed to look at pictures of faces which had four different expressions: neutral, happy, fearful, and angry. They were asked to complete 3 tasks following each face: explicitly process the emotions (by stating which emotion they saw), implicitly process the emotions (by stating the gender of the face) or empathize with the emotions (and then rate their level of ability to empathize). With each type of emotional processing, their brains’ electrical activity was measured.

This study offers a new perspective of the effect cannabis has on the brain, now demonstrating its influence on our ability to recognize, process, and empathize with human emotions.