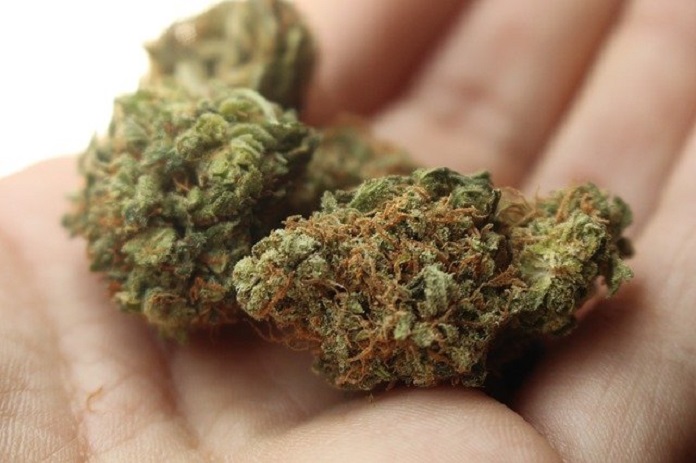 Cannabis, derived from the plant Cannabis sativa, is the most cultivated, trafficked, and used drug worldwide. Approximately 2.5% of the population consumes cannabis making it more rapidly abused than cocaine and opiates. Since the 1960s, its prevalence has surged exponentially in developed countries such as North America, Western Europe, and Australia. Within Canada alone, 42% of adults reported using cannabis during their lifetime. In the United States, new users are increasing at a rate of 2.6 million per year, with the average age ranging from 18 – 25. Europe has also seen a drastic rise in cannabis prevalence from 5 – 15% over the span of ten years.

As chronic cannabis use increases, new research studies are identifying clinical syndromes associated with its long-term use. Of importance is the under-recognized ‘cannabis hyperemesis syndrome’ (CHS). First identified in 2004, CHS can be categorized by a cyclical trio of chronic cannabis use, episodes of nausea and vomiting, and the learned behavior of frequent hot bathing.

Clinical diagnosis of CHS identifies three phases of the illness: prodromal, hyperemetic, and recovery. In the prodromal stage, patients develop abdominal discomfort, nausea, and fear of vomiting which can last for months or years. Normal eating behavior is maintained; however, cannabis use is either discontinued or over-used with the intention of relieving nausea symptoms. The following hyperemetic phase constitutes intense and persistent nausea and vomiting. There is diffuse abdominal pain along with vomiting that occurs profusely, spontaneously, and can occur up to more than 20 times per day. Vomiting is normally accompanied by a loss of calories—a recent study reported that 70% of patients lost a minimum of 5 kilograms during time of illness. Patients describe the sudden reoccurrence and worsening of symptoms as overwhelming and crippling. Those admitted to the emergency room have been observed as being hemodynamically stable but dehydrated. As a result, patients suffer from acute kidney failure, but this can be reversed with intravenous hydration. To ease their discomfort, patients exhibit the distinctive learned behavior of taking long hot showers throughout the day. It is repeatedly used as a symptom-alleviating technique but soon turns into a compulsive behavior. The final recovery phase persists for days, weeks, or months. General health and wellness return along with the resumption of normal eating patterns. Patients regain a normal body weight and bathing behaviors cease to be obsessive.

Cannabis in itself is thought to have anti-emetic or anti-nausea properties. Cannabinoids bind to CB1 and CB2 receptors where they affect brain and gastrointestinal (GI) system functioning. Endogenous and exogenous cannabinoids play similar roles in central and enteric nervous systems; their differences lie in the location and speed of metabolism. Endocannabinoids are released in small quantities on demand by neurons and undergo rapid inactivation. Exocannabinoids, such as tetrahydrocannabinol (THC)—the active compound in cannabis, instead have a long elimination half-life. THC metabolism occurs primarily in the liver and can be secreted out of the body within 20-30 hours, though the drug’s potency is dependent on the individual’s use, tolerance, and body fat composition. THC is incredibly fat-soluble, causing it to store within fatty tissue and slowly release into the bloodstream over prolonged periods of time. Such characteristics may serve as triggers of cannabis hyperemesis syndrome symptoms. Chronic cannabis users likely have large lipid stores, thus making them more susceptible to higher cannabinoid levels and a “re-intoxication effect”. Cannabidiol (CBD) and cannabigerol (CBG) exocannabinoids, are non-psychotropic and mimic the anti-emetic properties of THC. However, their effect on toxin-induced vomiting displays biphasic characteristics: low doses produce an anti-emetic effect while higher doses enhance vomiting. This could further play a role in the severe nausea and vomiting observed in people with CHS. Within the brain, THC works to alter psychomotive behavior, disrupt short-term memory, stimulate appetite, and anesthetize the central nervous system. Other newly-recognized effects include the inhibition of hormone release within the hypothalamus and pituitary gland. THC effects on the GI system promote inhibited gastric acid secretion, lower esophageal sphincter relaxation, and a reduction in intestinal motility, visceral pain, and inflammation. Of note are research studies which find delayed gastric emptying in rat models following cannabis use—out of other adverse effects that occur, slowed gastric emptying seems to be particularly resistant to the development of tolerance. Paradoxically, delayed gastric emptying is expected to induce nausea and vomiting, yet medical literature cites these effects as infrequent following cannabis use—likely due to the anti-emetic properties of cannabinoids.

Current treatments are targeted towards developing therapies for the hyperemetic phase and preventative measures against relapse.

Patients experiencing the clinical signs of hyperemesis may require hospitalization due to the severity of their symptoms. Supportive therapy is necessary during this phase of the syndrome. Abdominal pain is often treated with narcotics, and in some cases, opioids. Intravenous fluids are administered to replenish the dehydrated state. Patients have also been found to exhibit varying degrees of esophagitis and gastritis resulting in the need for acid suppression therapy. To date, the most effective treatment for the hyperemetic phase of CHS is hot showers. It is fast-acting but also short-lived. The biological mechanisms by which hot bathing reduces symptoms of CHS are still unclear. Researchers suggest that it may act by correcting cannabis-induced disequilibrium of the hypothalamic thermoregulatory system. Psychological treatment of CHS is contingent upon patient education. In order to eliminate the root cause of the problem, drug rehabilitation programs, cognitive behavioral therapy, and motivational enhancement therapy for cannabis dependence can be used as a means of ceasing long-term use.

Case studies determine that virtually all patients have a delay in the onset of symptoms by several years following chronic cannabis use. Cannabis hyperemesis syndrome is a recurrent disorder interspersed with symptom-free intervals. Once present, symptoms are diverse and can therefore be confused with cyclical vomiting syndrome (CVS). Although the two have similar characteristics, CVS patients are more disposed to a family history of psychiatric illnesses and migraines. The ambiguity caused by the vast underlying medical conditions for nausea and vomiting make CHS difficult to immediately diagnose.

Further research is required to understand the epidemiological and mechanistic course of cannabis hyperemesis syndrome.

New clinical investigations are required to properly assess the prevalence of CHS amongst chronic cannabis users. It is currently under-reported, misdiagnosed, and biologically misunderstood. The lack of long-term studies creates a gap in knowledge regarding the course of the illness. Some scientists think that some individuals may have genetic mutations resulting in dysregulated metabolism of cannabinoids causing them to be predisposed to nausea and vomiting. Further, the mechanisms of action by which cannabis induces hyperemesis is presently unknown. Another possible avenue of research is understanding the gastrointestinal physiology present in CHS patients, both during the hyperemetic phase and between episodes. These properties have yet to be studied and present potential areas for active future research.

Image by Stay Regular from Pixabay 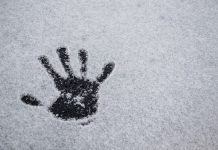 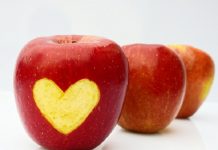 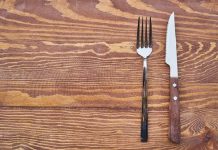