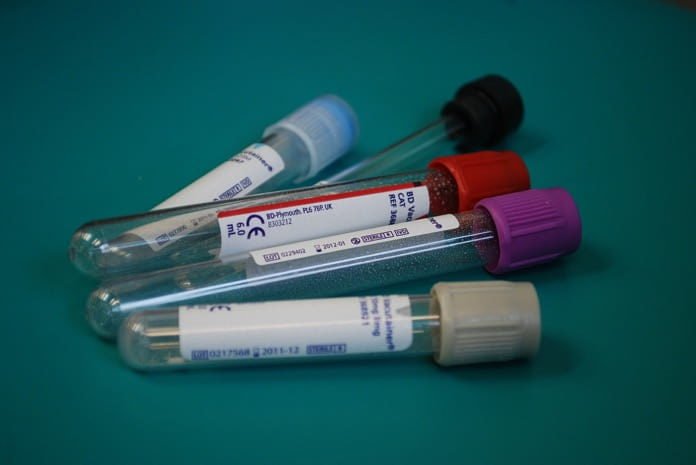 A recent study published in Science investigates the effectiveness of CancerSEEK, a novel blood test to detect cancer.

Tumors can be treated with surgical resection alone if they are detected prior to metastasis. Once they metastasize and the cancer spreads to different regions of the body, systemic (chemotherapy) and radiation therapies are necessary to kill the spreading tumor. Current cancer diagnostic strategies, including colonoscopies, mammographs, and cervical cytology, are often complicated and sometimes highly invasive. Therefore, researchers in the USA are actively investigating novel cancer diagnostic techniques that are quick, cheap, and effective.

A recent study published in Science by Cohen and colleagues investigated the efficacy of CancerSEEK, a novel blood test to detect cancer. The test works by measuring levels of eight proteins and 1,933 distinct mutations in cell-free DNA that are up-regulated in cancers. The study recruited 812 healthy volunteers and 1,005 patients diagnosed with stage I to stage III cancers of the ovary, liver, stomach pancreas, esophagus, colorectum, lung, and breast. The authors focused on these cancers because they are prevalent among western populations and they lack blood-based tests for detection.

The results showed that CancerSEEK was positive in the cancer patient group, with a median sensitivity of 70%. The sensitivity ranged from 98% in ovarian cancers to 33% in breast cancers, suggesting that the test’s effectiveness in detecting cancer varies depending on the type of cancer.

They also found that the test had a greater than 99% specificity with only seven of the 812 healthy individuals testing positive for cancer. Using machine learning and data obtained from CancerSEEK, the researchers could also successfully predict the cancer’s origin and type in majority of the cancer patients. Finally, they demonstrated that 90% of the mutations found in tumors of 153 patients were detected at significant levels in the patient’s plasma using CancerSEEK.

In conclusion, the study demonstrated that CancerSEEK, a blood test to detect cancer, can successfully detect eight cancers in patients, with very few false-positives. The blood-based test is not intended as a replacement for the currently approved diagnostic strategies, but rather can be used as an easy and cost-effective adjunct. Future studies using larger cohorts are necessary to reaffirm the current findings and further test CancerSEEK’s potential in detecting other cancers.