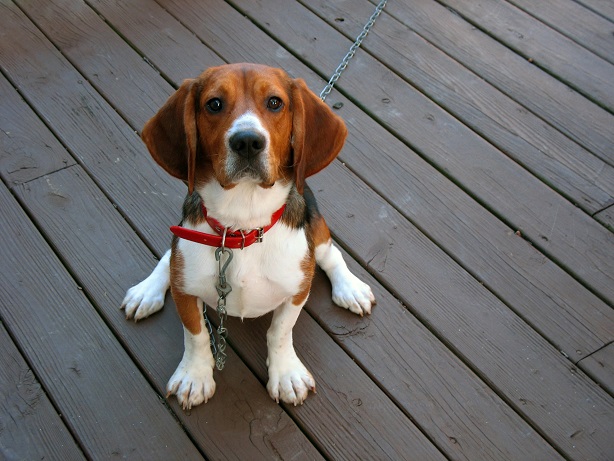 Lung cancer is the leading cause of cancer-related death in men and women worldwide. People diagnosed with late-stage lung cancer have a less favourable prognosis and lower chances of survival. For non-small cell lung cancer (NSCLC), the five-year survival rate is 92 percent at stage I, 13 percent by stage III and below 10 percent following metastasis. Early detection is paramount for lung cancer survival, but current screening methods such as chest X-ray and computed tomographic imaging are costly and prone to misdiagnoses. To develop an effective and cost-efficient cancer screening method, researchers at the Lake Erie College of Osteopathic Medicine in Florida have harnessed the acute smelling capabilities of dogs.

In a pilot study, scientists used a form of behavioural training called “clicker training” to teach four beagles to distinguish between samples from NSCLC patients versus healthy controls. After sniffing a blood serum sample, dogs sat down to indicate the presence of cancer or moved on if no cancer was detected. One dog did not respond well to training and was removed from the study. Following a double-blind procedure, in which neither the investigator nor the dogs knew the status of the sample, the three remaining dogs were able to correctly sniff out cancer nearly 97 percent of the time. The findings were published in the Journal of the American Osteopathic Association.

According to the authors, further research using canine scent detection may pave the way toward new clinical screening tools for cancer. A larger study is ongoing using cancer-sniffing dogs to identify biomarkers in lung and breast cancer samples. By separating the cancer samples based on their chemical components and presenting them back to the dogs, the researchers can narrow down the specific compounds that are characteristic of each type of cancer. The researchers envision a simple and cost-effective over-the-counter device based on these biomarkers that can detect cancer with high accuracy.