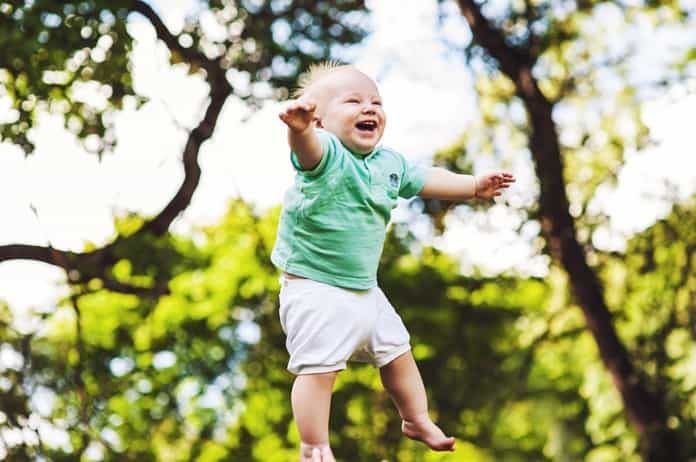 A recent study investigated whether toddlers were meeting the new Canadian 24-hour Movement Guidelines for the Early Years and its relationship with BMI.

Unsurprisingly, inactive habits or behaviors such as watching television are strongly associated with poor health outcomes including a variety of diseases. Some research has demonstrated that inactive habits can be established in the early years of children’s lives. Therefore, it is crucial that physical activity is encouraged during these critical years of development. Considerable research has identified adequate sleep, exercising, and inactive behaviors as factors that influence the amount of movement a child has during those early years and ultimately their health outcomes.

In light of a few important review papers, Canada has taken action and created the Canadian 24-hour Movement Guidelines for the Early Years (0-4) years: An Integration of Physical Activity, Sedentary Behavior, and Sleep. Researchers wanted to determine whether young children were meeting these guidelines, as the information gained from this study and similar ones could be used to form new interventions and aid in identifying risk factors. The study results were recently published in the BMC Public Health.

Toddler participants were recruited from four public health centers located in Edmonton, Alberta, Canada; in total, 257 families agreed to participate in the study. Data regarding the sleep habits, inactive habits such as the time toddlers spent restrained in strollers, and the time spent in front of electronic screens were gathered using the (Physical activity and Sedentary behavior habits project) PREPS questionnaire. The toddlers’ exercise levels were measured using an accelerometer; each parent was instructed to ensure the toddler wore the accelerometer for seven days straight and to only remove it during water-based activities such as bathing or swimming.

How Many Toddlers Meet the Guidelines?

Despite the fact that the vast majority of the toddlers in this sample were indeed meeting the exercising and sleep-related recommendations of the recent guidelines, many also spent a considerable amount of time in front of screens. This meant that only a small portion was meeting the overall recommendations.