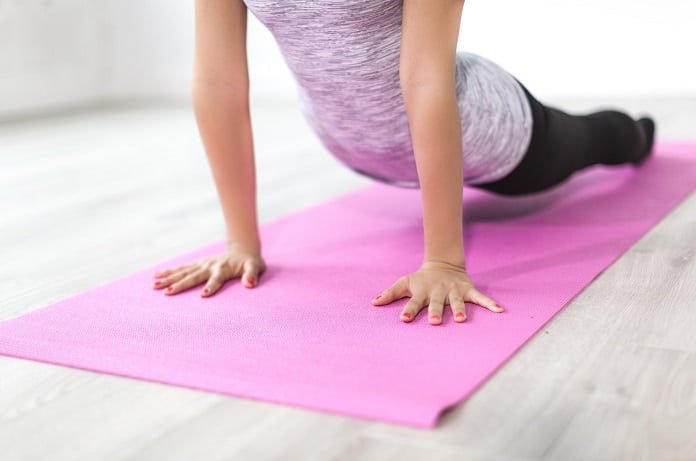 Yoga is not only a popular form of exercise, it is also often used for stress relief. A recent study determines if practicing Bikram hot yoga may reduce symptoms of depression.

Yoga is a popular way for people to get exercise and relieve stress. This has sparked an interest in the scientific community to better understand how the practice benefits our health. There is evidence for a link between meditation (found at the core of many yoga styles) and increased insulin production and slower cellular aging. Yoga may also function to decrease the activity of inflammatory genes. This is significant because there is evidence for a link between inflammation and depression. Lindsey Hopkins, from San Francisco Veterans Affairs Medical Center, and Sarah Shallit, from Alliant International University in San Francisco, investigated whether yoga may help to reduce symptoms of depression. The results of their study were reported in New Scientist.

The study included 52 women with symptoms of depression, including high-stress levels and unhealthy dieting patterns. For the study, 27 women attended Bikram hot yoga classes twice a week for eight weeks, while a control group consisting of 25 women did no yoga at all. At the end of the study, the women who attended yoga had significant improvements in their symptoms, including average decreases in stress and emotional eating three times that of the women who had not performed any yoga. The yoga group also reported focussing less on negative feelings and their causes, and less suppression of positive emotions.

Similar results were obtained by Maren Nyer, at Massachusetts General Hospital (Boston) who performed a study with 29 adults having mild to moderate symptoms of depression. Nyer speculates that yoga may function by rebalancing the two parts of our nervous system: the parasympathetic, responsible for rest and relaxation, and the sympathetic, which controls arousal and fight-or-flight responses. There is evidence to suggest that stress increases sympathetic activity and reduces parasympathetic activity.

Given that practicing yoga appears to help reduce symptoms of depression it may be useful to use yoga in conjunction with conventional counseling therapies and antidepressant drugs. Further studies would be of benefit, particularly randomized controlled trials examining the efficacy of yoga as a stand-alone treatment for depression.