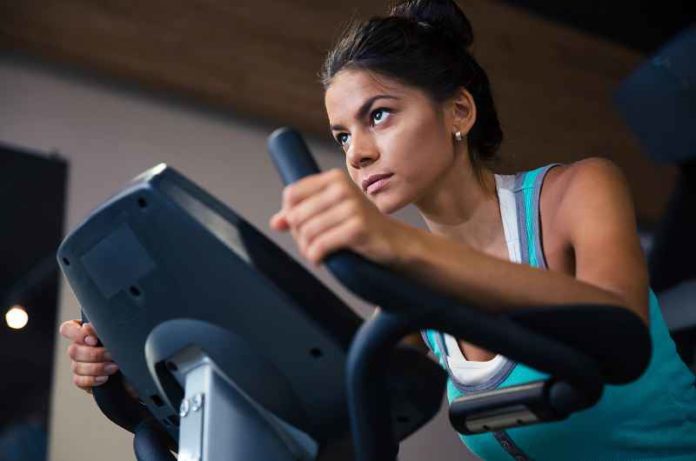 The “weekend warrior” style of working out – exercising only one or two days of the week – is a popular trend; but is it sufficient to reduce the risks of negative health outcomes?

Numerous studies showed that regular physical activity protects us from debilitating diseases such as cancer and cardiovascular problems, and generally prolongs life. The World Health Organization (WHO) currently recommends that adults get at least 150 minutes of moderate, or 75 minutes of vigorous activity per week. However, it is less clear whether we get the most health benefits by splitting the required time into several short sessions, or by exercising less frequently, but for a longer stretch at a time. The authors of a recent study published in The Journal of the American Medical Association set out to determine whether the “weekend warriors” – those who do all of their exercise in one or two days per week ­- reap the same benefits as the regularly active individuals, whose weekly workout requirement was split into 3 or more sessions. Both groups were also compared to inactive individuals (those who do not exercise at all) and insufficiently active ones (those who get less than the recommended amount of activity per week).

The data was collected between 1994 and 2012. Among 63,591 individuals who were interviewed, roughly half were males and half females. All of the respondents were 40 years old or older, since the weekend warriors are usually busy middle-aged professionals. Moreover, any cardiac events observed in this age group are most likely due to lifestyle choices and not congenital heart defects, which usually appear earlier in life.

Of all respondents, the majority (63%) were inactive, 23% were insufficiently active, 11% were regularly active, and the weekend warriors comprised a 4% minority. The inactive respondents tended to be older, were more likely to smoke and reported more illnesses. Interestingly, the mean body-mass index was similar across groups. More than 90% of participants were white. Males comprised a higher proportion of the weekend warrior group. The proportion of time spent on high-intensity exercise was higher for the weekend warriors than for those exercising regularly.

All exercise groups had reduced risk of mortality

The researchers found that compared to the participants leading an inactive lifestyle, those in the insufficiently active, regularly active and weekend warrior groups all showed a reduced risk of mortality from all causes, cardiovascular and cancer mortality.  1 or 2 sessions of moderate or vigorous exercise were sufficient to reduce death from all causes, CVD and cancer. The results of this study confirm that even irregular exercise pattern is beneficial. The authors show that insufficient exercise is comparable to the weekend warrior style in terms of the reduction of risk in health outcomes. Moreover, those who met the WHO recommendations had their risk reduced to the same extent, regardless of the duration and the frequency of their exercise sessions. There is emerging evidence that individuals in the regular exercise group had the lowest risk of mortality.

The take-home message from this study is that some exercise is better than none. Quite often, those who do not exercise feel discouraged to even start, because they do not have enough time for regular exercise, or think they may not be able to tolerate the intensity of exercise that they feel would be beneficial for their health. The good news is that even sporadic exercise may provide a lasting beneficial effect on your health.

While the findings are exciting, this study has some limitations. First, the majority of respondents were white. This means that the findings may not be applicable to people of other racial origins. Second, the study relied on self-reports, which are prone to inaccuracies. Finally, this study was observational, and by nature, it only shows correlation, and not causation between the factors studied.