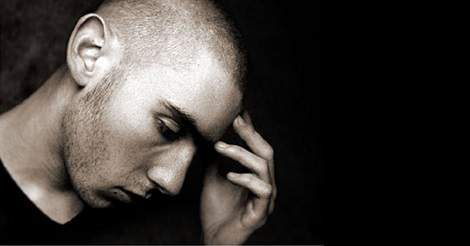 A new study published in The Lancet Psychiatry investigates whether impairments in childhood can be linked to the genetic risk of developing schizophrenia, in the hopes of predicting schizophrenia before disease onset.

Schizophrenia is a severe mental disorder that alters an individual’s perception of reality and affects their thinking, feeling, and social behaviour. Common symptoms include false beliefs, hearing voices that others cannot hear, a lack of motivation, and reduced social engagement. Schizophrenia is highly heritable and a large number of risk alleles exist for the disease.

Like many other mental disorders, symptoms of schizophrenia typically begin in late adolescence or early adulthood. However, some studies have reported that schizophrenia can be preceded by childhood neurodevelopmental impairments, including deficits in cognition and learning, communication, mood regulation and behavioural problems. It is unknown whether these early impairments are linked to genetic susceptibility for schizophrenia.

A new study published in The Lancet Psychiatry investigated the connection between childhood developmental impairments and genetic risk for schizophrenia. Using the Avon Longitudinal Study of Parents and Children, they assessed polygenic risk scores and behavioural data for up to 7000 children between the ages of 4-9. The authors hypothesized that since schizophrenia is considered a neurodevelopmental disorder, individuals who were at a high risk of developing the disease due to genetic factors would likely display developmental impairments.

Strikingly, they found that schizophrenia genetic risk scores were associated with numerous factors including lower IQ, social and communication difficulties, mood disturbances, and overall behavioural problems in children. This study found novel evidence that some childhood features link to genetic susceptibility for schizophrenia, and can be used to predict schizophrenic outcomes in high-risk individuals from a young age.

Some limitations of the study are that behavioural data was not available for all children in the cohort, which reduced the number of individuals in the study. Additionally, the sample used was a birth cohort which likely had a low schizophrenia risk score and may have led to underestimations between genes and characteristics. Lastly, false-positives are possible, and it is important to remember that even if an individual has a higher-than-average risk score for schizophrenia and some behavioural impairments, they still may not develop the disease. Further research should be aimed at distinguishing between early manifestations of schizophrenia and neurodevelopmental impairments that are linked by chance to the disease. Research in high-risk groups such as large families with incidences of schizophrenia would be insightful.