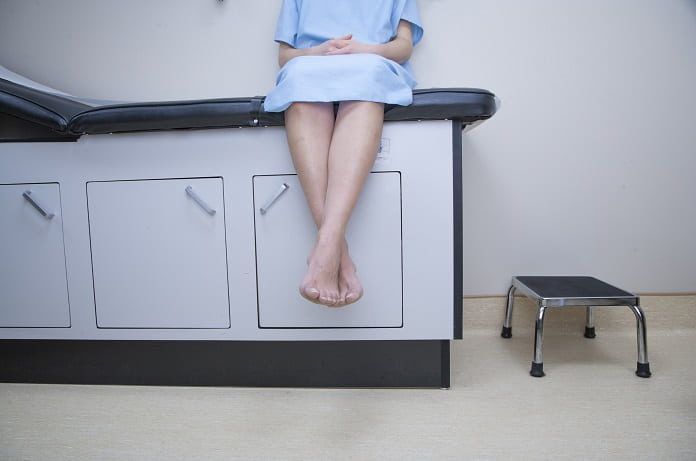 In a recent study, a multi-national research team evaluated if Pap test samples can diagnose ovarian or endometrial cancer.

The Pap test is a routine surveillance test carried out at the doctor’s office. Cell samples from the cervix are collected and analyzed. If they are abnormal then further tests leading to a diagnosis of cervical cancer can be made. The pap test allows doctors to make an early detection of cancer, long before any symptoms would become apparent to the patient. Cancer treatment is generally more successful if it is caught in its early stages. Therefore, the pap test has greatly reduced the number of deaths from cervical cancer.

Currently, there is no test for other cancers of the reproductive tract, including endometrial or ovarian cancer, with an equivalent ability to detect a high number of early tumors. An ultrasound test is currently used to look for endometrial or ovarian cancer. However, it is not reliable in distinguishing between benign tumors, which do not spread, and malignant tumors, which do.

Furthermore, only one in 50 women who tested positive for endometrial cancer on an ultrasound examination were proven to truly have the disease following further testing. This gives the test a very high false-positive rate. Ultrasound is also a poor test for ovarian cancer as it is not good at picking up early signs of disease. This is a particular problem in ovarian cancer. When women are diagnosed at a later stage, they are given a less than 30% chance of surviving longer than five years.

Researchers from North America and Europe sought to find a better way of diagnosing early stage endometrial and ovarian cancers and published their results in Science Translational Medicine. Their research idea of using samples obtained from the Pap test is based on recent scientific findings that endometrial and ovarian tumors have cells that fall off and can be found and therefore collected at the cervix.

Commonly in cancers, the DNA has variations in the normal genetic makeup called mutations. The types of mutations that occur are frequently the same, and the researchers used their knowledge of malignant mutations of ovarian and endometrial cancers to search for mutations in cells within the Pap test sample from the cervix. Furthermore, tumor cells frequently contain more or fewer chromosomes than they should, and this abnormality can also be picked up by testing, so researchers looked for this also.

A total of 656 patients who had already been diagnosed with endometrial or ovarian cancer through means of a biopsy and 1,002 women without cancer were included in the study. The testing found that 81% of the women who had endometrial cancer, had signs of mutations identifiable from the Pap test sample. Of the women with ovarian cancer, the Pap test could identify mutations 29% of the time.

The test revealed a negative result almost 100% of the time in women without any cancer. This indicates that the test has an almost non-existent false positive rate, and is very specific for this type of cancer. That is, when a patient receives a positive test, it is almost always true and that disease is indeed present. This starkly contrasts with the afore-mentioned currently used ultrasound test, where 50 women can receive a positive test, but of these, only one will truly have cancer.

The investigators found that there were some patients who did not have detectable mutations within the Pap test sample but that an indication of cancer was present from an incorrect number of chromosomes. Therefore, the investigators coined the term “PapSEEK” to describe the test that looks for mutations and abnormal chromosome numbers.

The researchers delved a little deeper into how well this type of testing could work. They also obtained samples from the uterus using a method similar to the Pap test, which could also be carried out on an outpatient basis and applied the PapSEEK test to these samples. They found that using this test increased the number of endometrial cancers detected from 81% with the pap test to 93%, and of these, 90% of the patients with early-stage disease could be identified. The application of the PapSEEK test to samples obtained from women with ovarian cancer also increased the level of detection from 29% with the pap test to 45%.

In summary, the combined testing developed by this research group could detect early endometrial cancer 90% of the time, and early ovarian cancer 54% of the time. These exciting results could mean that diagnoses could be made for patients at a stage when the cancer is likely to be curable. The authors conclude that further studies at the level of the doctor’s office would need to take place to see if this test could be used similarly to the pap test as surveillance of the general population.