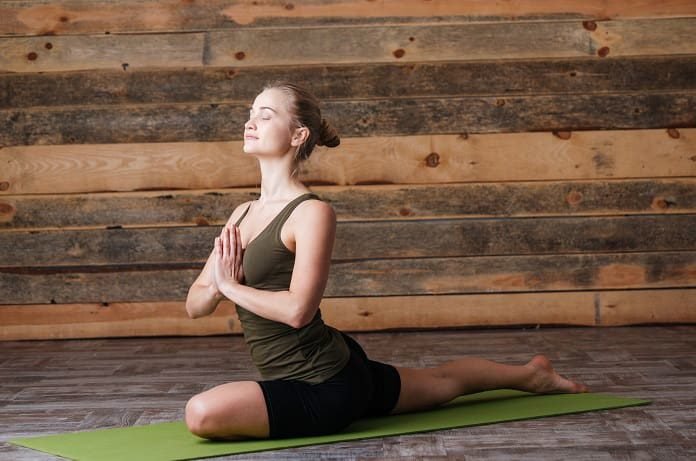 Diabetes Mellitus (DM) is a diseased of increased glucose levels in the blood. If not controlled, it can lead to heart disease, stroke, nerve and kidney dysfunction and many more complications. The majority of drug therapy is aimed at decreasing blood glucose levels. As far as lifestyle (diet, exercise) interventions, it is left to the patient to change it.

‘Integrated Naturopathy and Yoga (INY)’ is a program that focuses on diet and exercise in reversing diseases. Patients will drink 4-5 liters of water/day, add vegetarian options to their diet, and participate in yoga-based exercise. While there are studies on the effects of individual lifestyle modifications, few involve a combination of lifestyle changes. For this study, the goal was to find out if adding INY to medications will help improve glycemic control and eventually reduce the need for diabetic therapy.

The objective was for patients to achieve a favorable outcome, defined as “glycemic control and at least a 50% reduction of diabetic medications at 3 months.” Glycemic control is defined as a HbA1c of <7%. This was a prospective cohort study of type 2 DM patients for 3 months. To be included in this study, patients would had to have been on anti-diabetic medications for at 1 year and consecutively admitted to hospital in India between May and August 2014. Children <18 years old, pregnant women and patients with diabetes related complications were excluded.

Following assessment by a doctor on admission, they were taught the guidelines of the INY program while baseline measurements (e.g. weight, fasting glucose, hemoglobin, after meal glucose) were collected. Patients were followed up with monthly by phone and scored from 0-10, 0 being noncompliant and 10 being compliant.

Out of the 223 patients enrolled, only 101 were included in the final analyses due to problems contacting the other 122 patients. Of the 101 patients, 65 patients had a favorable outcome and 19 were able to stop taking medication and maintain an HbA1c of <7%. Of the 36 patients who did not achieve a favorable outcome, 23 of them had a reduction in their HbA1c value.

The addition of INY to a diabetic patient’s therapy plan not only improved glycemic control but in some cases reduced the need for diabetic medications. Strengths of the study include the qualified doctors who supervised the trial, HbA1c (most reliable assessment of glycemic control) monitoring and a well-structured design. However, significant limitations of the study were losing half of the participants before follow-up and the limited duration of only 3 months.