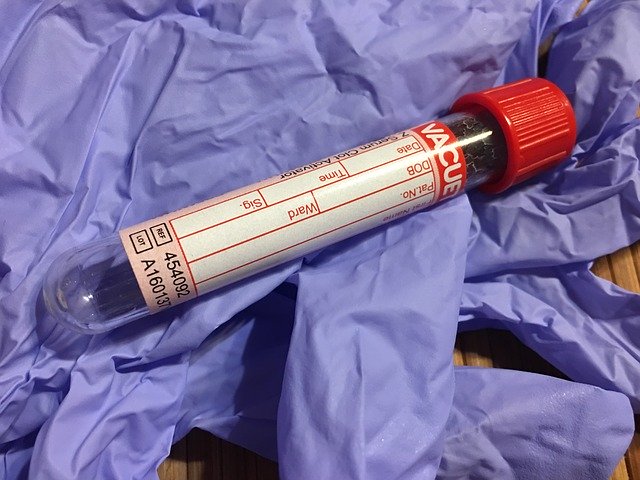 Lymphopenia occurs when the levels of certain white blood cells known as lymphocytes are reduced. Lymphocytes play an important role in the body’s defence against disease. Although most commonly associated with fighting off infections, lymphocytes also play a role in autoimmune diseases, in inflammation and in the disease pathway of certain cancers.

Doctors frequently use the levels of certain blood components as an indicator of the presence of, or risk of, disease. For example, blood levels of the protein C-reactive protein (CRP), are frequently used as a marker for inflammation. A new study published in the journal JAMA Network Open explores whether lymphopenia can be used in a similar manner (1). The research team, led by Cleveland Clinic and University Hospitals Cleveland Medical Center, wanted to see if lymphopenia can be used as a general risk marker and whether it can function alongside other existing markers to highlight patients at enhanced risk levels.

To do this, they carried out a retrospective cohort analysis. This involved combing through data collected by the National Health and Nutrition Examination Survey (NHANES). This survey collects data on a group of participants chosen to be a representative sample of the US population. NHANES repeats their surveys selecting a different group of participants each time. For this study, every NHANES participant between January 1st, 1999 and December 31st, 2010 was selected and included, if they had sufficient identifying data. The total eligible participants with sufficient blood count data and mortality data were almost 32,000 individuals.

Using this vast data set, the researchers ran a series of statistical analyses examining any relationship between lymphocyte levels and mortality. The analysis demonstrated that there was a significant increase in the risk of mortality among individuals with lymphocyte levels below 2000/µl. In terms of the cause of death, these individuals were significantly more likely to die from cardiovascular disease, cancer, and influenza or pneumonia. Supporting this association, no significant increase was observed between lymphopenia and deaths caused by unintentional injury.

The increased risk associated with decreased lymphocyte levels was independent of other markers like CRP and red cell distribution width (RDW). Similarly, the association was independent of age differences. Next, using a simple scoring system, they demonstrated that lymphopenia could be used alongside RDW and CRP to identify individuals at enhanced mortality risk. For example, those who had the lowest scores for CRP, lymphopenia, and RDW had a 10-year mortality rate of 4%. However, in individuals who scored in the highest bracket for all three markers, this 10-year risk was 62%.

One of the limitations of this study, at least in terms of its clinical implications, is acknowledged in the title. The study demonstrates an association between lymphopenia and increased mortality risk. Association is not causation. Lymphopenia is not causing this increased mortality risk. The results suggest that lymphopenia could be used as a screening tool, a red flag to draw the attention of physicians. However, the message it provides is more that there is something wrong, rather than indicating what the actual problem may be.

This is still potentially extremely useful. It is conceivable that, as electronic data records become more sophisticated, lymphopenia can be combined with CRP and RDW. This would allow healthcare screening to process large numbers of generally low-risk population groups to find those patients who are at elevated risk, finding the needles within the haystacks.

The association with increased risk of mortality due to cardiovascular disease and cancer is particularly interesting. These conditions can often go unnoticed in their early stages. By identifying patients at higher risk, it may allow doctors to focus more closely on the patients who are at greatest risk and result in faster diagnosis.

Image by kropekk_pl from Pixabay