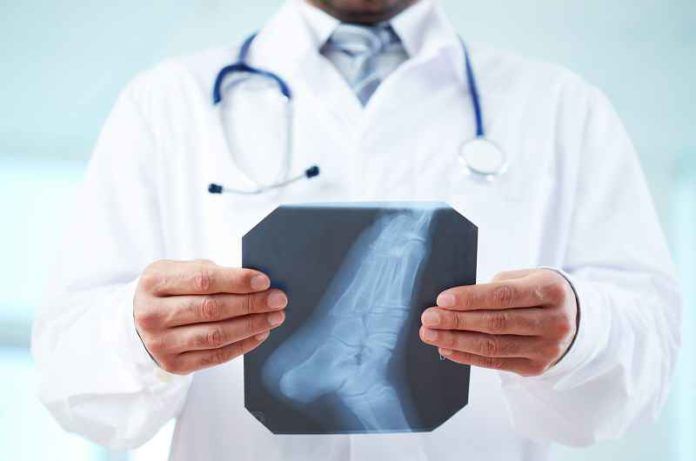 Bone fractures are common in older adults, especially in postmenopausal women with osteoporosis. Osteoporosis is a condition in which the bones lose density and become more fragile. This condition is often linked to low calcium and vitamin D levels, both of which help form and maintain bone. Fractures in older patients can be dangerous, requiring surgery or leaving patients immobile. Immobility lowers quality of life, increases dependency, and can result in depression and prolonged hospital stays.

The risk of fracture can be inherited. Recently, researchers have used genome-wide association studies to identify specific gene variants linked to fracture risk. Genome-wide association studies, or GWAS, are a new tool in medical science. Scientists test for correlations between gene variants and diseases, in the hopes of developing individualized tests and treatments. Yet, the results of GWAS studies can be incidental, and we often need to confirm these links before using GWAS findings in treatments.

Recently, Wang and colleagues published a study in the American Journal of Clinical Nutrition to test GWAS findings. First, they wanted to test which gene variants identified through GWAS are linked to fracture risk in a new group of women. Second, they wanted to know whether calcium and vitamin D supplements can lower the risk of fracture in women with particular gene variants. Their sample included 5823 white postmenopausal women. Each woman was randomly assigned either a vitamin D and calcium supplement or a placebo. Wang and colleagues conducted follow-up with the women for a median of 6.5 years, keeping track of how many fractures the women suffered. They then compared fracture risk in women taking the supplement to those taking the placebo, taking into account which genetic variants the women carried.

The supplement and the placebo groups showed no differences in fracture risk, and women with a genetic predisposition to fracture received no benefits from the calcium and vitamin D supplements. Of the 50 gene variants identified by the GWAS, only two were linked to fracture risk among the women in this study. The function of one of these, DNM3, is unknown, but the other, OPG, helps prevent bone loss.

Unfortunately, the results of this study suggest that calcium and vitamin D supplements may not help women with a genetic risk for fracture.  However, the study focuses on only one population. Further, researchers allowed the group of women receiving a placebo to take calcium and vitamin D of their own accord. This may reduce the differences between supplement and placebo groups, especially since the amount of calcium the body can use to build bone is limited. The women in the study were also relatively old, with an average age of 67.7 years. The protective effects of adequate calcium and vitamin D intake may take place earlier in life. Finally, although the sample in this study is quite large, the effect of any one gene variant on fracture risk may be quite small. This means that scientists might need even larger sample sizes to detect those effects.