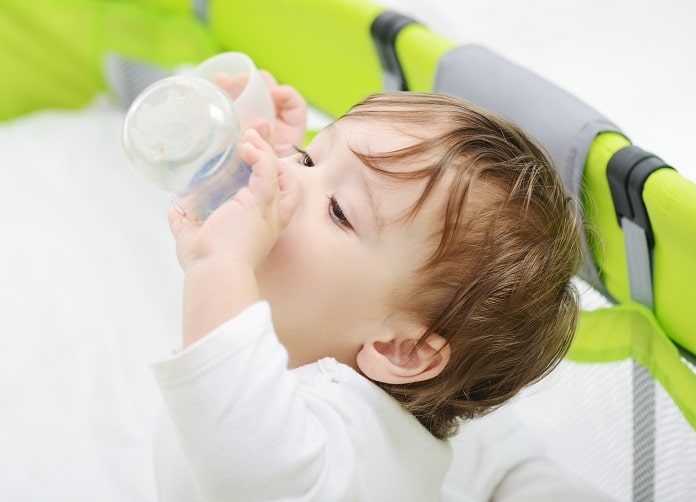 Researchers investigated whether goat milk formula provided any of the same anti-infection protections as breast milk.

Unfortunately, cow’s milk infant formula does not change composition as the infant grows, which can be hard on the baby’s tummy. These digestive issues have also been linked to childhood health problems. Some of the possible health problems include eczema, asthma, food allergies, type 1 and type 2 diabetes, and childhood obesity.

Goat milk formula is steadily gaining popularity because it is thought to be more similar to human milk than cow’s milk. Goat milk has a higher level of carbohydrates called oligosaccharides, which are found in great variety in human milk. These compounds are important in healthy gut bacteria and immunity.

Australian researchers at the RMIT School of Science conducted a laboratory study, published in the British Journal of Nutrition, to determine the types and concentrations of oligosaccharides in goat milk infant formula and their probiotic and immune-beneficial properties.

Researchers studied two goat milk infant formulas and raw goat milk to determine the number of oligosaccharides present in comparison to human milk. They also studied the effectiveness of goat milk infant formula on the growth of the harmful bacteria e-coli and salmonella. E-coli is responsible for almost 33% of childhood diarrhea, and children under five have higher rates of salmonella infections than any other group.

In a press release, lead study investigator, Professor Harsham Gill said, “Our results show goat milk formula may have strong prebiotic and anti-infection properties that could protect infants against gastrointestinal infections. The study indicates the prebiotic oligosaccharides in goat milk formula are effective at selectively promoting the growth of healthy bacteria in the gut. While these laboratory results are promising, further research including clinical trials will help us to confirm these benefits for infants.”

The researchers are planning future studies to confirm the results of this study and gather evidence of goat milk infant formula oligosaccharides’ prebiotic and anti-infection properties.

These results are good news for babies who cannot be breastfed and must use formula. Based on this study, goat milk formula provides a healthy alternative that is similar to human milk and will provide some of the health benefits of healthy gut bacteria, immune development, and protection against infection.