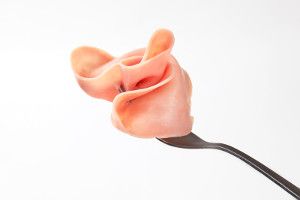 A working group composed of 22 scientists from ten countries assessed the association of cancer and the consumption of red and processed meat at the International Agency for Research on Cancer in Lyon, France. Red meat is unprocessed mammalian meat like beef, pork or lamb, while processed meat is meat that has been treated with techniques like salting, curing, or smoking.

The group reviewed over 800 epidemiological studies from many countries with diverse diets to examine the relationship between cancer and consuming red or processed meat. A large amount of data was available from these studies on the association between red and processed meat with colorectal cancer.

Red meat contains important compounds like B vitamins, iron and zinc, but high-temperature cooking such as grilling, pan-frying, or barbequing can create known and suspected carcinogens. Seven out of 15 studies that were reviewed on red meat and colorectal cancer reported a positive association with high versus low red meat consumption, and suggested strong evidence for a human mechanism that could trigger cancer formation. Red meat consumption was also found to be positively associated with pancreatic and prostate cancers.

Processed meat can also contain carcinogenic compounds from the smoking or curing process. Twelve out of 18 studies examined by scientists in the working group reported a positive association of colorectal cancer with high versus low consumption of processed meat, and concluded that a 50g portion eaten daily increases the risk of colorectal cancer by 18 percent. A positive association between processed meat consumption and stomach cancer was also found.