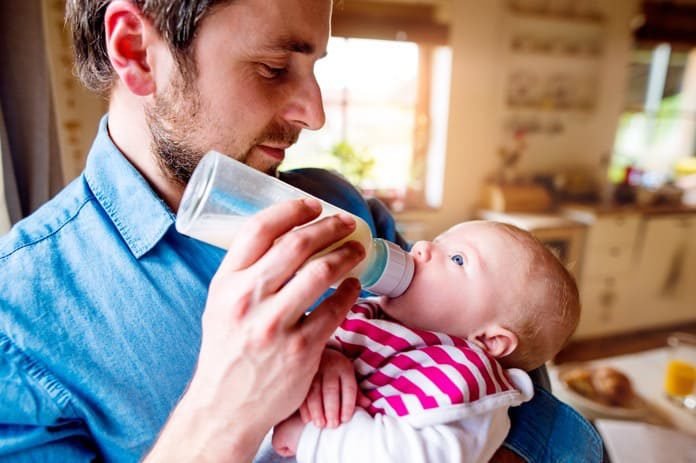 A recent Finnish study investigated whether there is a link between infant formulas based on cow’s milk and celiac disease in babies.

Individuals with type 1 diabetes and those with celiac disease often have high levels of antibodies against the proteins found in cow’s milk. The body can also develop antibodies against its own proteins called autoantibodies, which are the typical cause of many autoimmune diseases. When babies with type 1 diabetes (who also carry the HLA DQ2 and/or DQ8 genes) avoided cow’s milk-based formula, the overall levels of diabetes-associated autoantibodies substantially decreased by the time the children were ten years old. A team in Finland wanted to know if the same was true for celiac disease.

Will the same results occur in babies with celiac disease?

The researchers wanted to determine whether a baby formula, one in which the cow’s milk proteins are broken down into small segments, could decrease the risk of celiac disease autoimmunity in babies carrying the HLA DQ2 and/or HLA DQ8 genes. They also looked at whether high levels of cow’s milk antibodies could predict celiac disease autoimmunity or celiac disease. The team followed 230 Finnish infants for ten years and published their findings in Gastroenterology.

The researchers randomly divided the infants into two groups. These infants were all likely to have HLA-based type 1 diabetes and had at least one family member with this disease. Infants were fed either a conventional cow’s milk formula or formula in which the cow’s milk proteins were broken down into small segments. These formulas were intended to supplement breastfeeding until the infants were six to eight months old. The team collected a series of serum samples from the children. They used the samples taken for the first 24 months to test for antibodies to cow’s milk, and they used the samples taken until the children were ten years old to detect celiac disease autoantibodies (TG2A).

Although 25 children tested positive for celiac disease autoantibodies, only eight of these children eventually developed celiac disease. These children were equally divided between the two groups indicating that the test formula presented no protective or preventative effects.

The eight children who developed celiac disease also had significantly higher levels of antibodies for proteins found in cow’s milk compared to the other children, even those with celiac disease autoantibodies. These antibodies were detected in babies as early as three months of age.

As this occurred before the babies first began eating gluten-containing cereals, this result suggests that changes to gut permeability have already occurred before exposure to gluten and the development of celiac disease.

Although there is a possibility that these results may not apply to the general population, the results demonstrate that the mechanisms underlying celiac disease are more complicated and occur much earlier than we thought. Future research needs to focus on the interplay of genetic and environmental factors, on increased levels of antibodies for dietary proteins, such as those found in cow’s milk, and how these factors all relate to increased gut permeability.