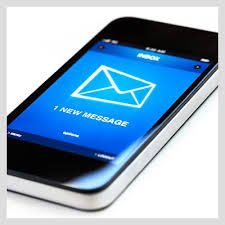 In 2013, with an estimated world population of 7.1 billion people, there are an estimated 6.8 billion cell phone subscriptions worldwide, according to the International Telecommunication Union. Such widely available technology provides a new avenue for healthcare that is potentially accessible to people spanning continents, ethnicities and socio-economic barriers, including those who may not otherwise have access to personalized healthcare.

The World Health Organization now considers diabetes a global epidemic, with 150 million people worldwide having been diagnosed. Increasing rates of obesity and physical inactivity are contributing to the rising rate of type 2 diabetes seen in adults, teenagers and, now more commonly, in children. The onset of type 2 diabetes can be delayed, or even prevented, by maintaining a healthy diet and body weight and by regular physical activity. Such lifestyle modification can reduce the progression from a pre-diabetic state to diabetes diagnosis by up to 58%.

Taking advantage of the widespread availability of cell phones, a recent study aimed to utilize text messaging as a tool in the prevention of type 2 diabetes. This study included men at high risk of developing type 2 diabetes due to impaired glucose tolerance. At the beginning of the study, all of the men received personal, face-to-face education and motivation regarding implementing a healthy lifestyle. They were given both dietary and physical activity recommendations. Following this initial educational session, the men were randomly divided into two separate groups. The first group received no further contact or education, while the second group of men received regular text messages, 2-4 times a week for the entire study period. These messages contained educational and motivational information regarding maintaining their healthy lifestyle, for example; “Use stairs instead of a lift” or “Make your plate colorful by adding lots of vegetables”.

At the end of the two year study, the men who received the text messages had a significant reduction in progression to type 2 diabetes compared to the men who only received the initial consultation. It is interesting that the results are very similar to a previous study this group carried out using face-to-face education and motivation to reduce the progression to type 2 diabetes, suggesting that the text messages themselves are just as useful as personal contact.

The results of this study are promising, and follow up studies are planned by two groups who are collaborating across India and the UK. The upcoming trial is currently recruiting patients to assess the efficacy, acceptability, and cost effectiveness of cell phone based intervention. This new study aims to include a greater number of participants spanning continents, ethnicities and socio-economic groups. It will use similar text messages to deliver education and motivation to its participants following their initial 30 minute interview.

Dr Ramachandran and his colleagues are the first to demonstrate a benefit of using cell phone technology for the prevention of type 2 diabetes. However, given the wide spread use of cell phones and relative cost effectiveness of text messaging, the possibilities for medical interventions seem endless.

International Telcommunication Union. The world in 2013: ICT facts and figures 2013. Available from: http://www.itu.int/en/ITU-D/Statistics/Documents/facts/ICTFactsFigures2013.pdf

WHO Diabetes Fact Sheet No 312. Available from: http://www.who.int/mediacentre/factsheets/fs312/en/

Clinicaltrials.gov. “Use of Mobile Technology to Promote Sustained Lifestyle Changes to Prevent Type 2 Diabetes in India and the UK” Available from: http://clinicaltrials.gov/ct2/show/NCT01570946?term=diabetes+prevention+text+message&recr=Open&no_unk=Y&rank=2 Last accessed: Nov. 18, 2013.