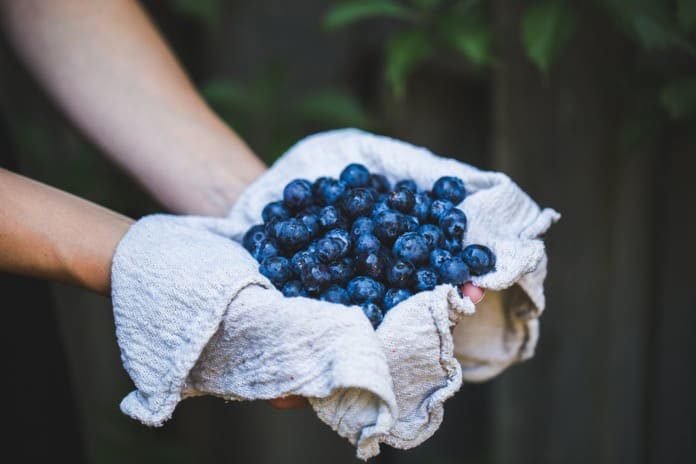 A recent study investigates whether blueberries can improve gut health and relieve symptoms of obesity by reversing the effects of a high-fat diet in rats.

The human body undergoes many changes in response to a high-fat diet that, in conjunction with environmental and genetic factors, ultimately leads to obesity. Increases in fat tissue are associated with a chronic inflammatory state. This systemic inflammation originates in the gut. A high-fat diet reduces the expression of gut-protecting proteins, compromising gut barrier integrity. The gut microbiome has an important role in metabolism and is intimately involved in immune function.

When gut permeability is impaired because of a high-fat diet, the gut microbiota are highly susceptible to alterations. Together, impaired gut permeability and an altered gut microbiome lead to a movement of bacterial pro-inflammatory factors into circulation, where they permit an inflammatory response. Some pro-inflammatory factors that are released in response to increased fat tissue decrease the body’s response to insulin, the hormone that senses blood sugar levels and allows sugar absorption into cells.

Blueberries contain anthocyanins, antioxidants, and anti-inflammatory compounds that benefit overall health and contribute to disease prevention. Previous studies revealed that dietary supplementation with whole blueberries reduced the expression of genes involved in the body’s inflammatory response and reduced body weight in male mice fed a high-fat diet. High concentrations of anthocyanins, the compound that give blueberries its characteristic colour, are found in the intestine where they interact with and are metabolized by microorganisms. Through this interaction, blueberries have the ability to alter the composition of the gut microbiome.

Further, blueberries have been demonstrated to improve insulin sensitivity in humans. Based on the anti-inflammatory properties of anthocyanins in blueberries and the potential for blueberries to remodel the gut microbiome, researchers were interested in determining the effect of blueberry supplementation in rats fed a high-fat diet to reduce systemic inflammation and improve insulin sensitivity by modulating the gut microbiome. The results of the study were recently published in The Journal of Nutrition. The researchers fed rats either a low fat, high fat, or high fat with 10% blueberry powder diet. They wanted to know whether dietary blueberry supplementation could restore the health of rats with a high-fat diet.

Effects of blueberries on microbiota

Effect of blueberries on gut epithelial integrity and inflammation

The microbiota profile of the rats fed a high-fat diet with blueberry supplementation was associated with an increase in intestinal villi height which are important for nutrient absorption, an increase in goblet cell numbers that protect the gut epithelial barrier by releasing mucus, and an increase in the expression of the genes that produce mucus.

Effect of blueberries on insulin sensitivity

Many of the symptoms that occur in patients with obesity, such as inflammatory responses, actually perpetuate the disease, resulting in a positive feedback loop that worsens the disease and makes it difficult to resolve symptoms. This study demonstrates that many negative health effects associated with obesity, such as impaired epithelial gut barrier, chronic inflammation, and insulin resistance can be improved by modulation of the gut microbiota through dietary blueberry supplementation in rats. Although physiology and gut microbiota differ between rats and humans, there is promising evidence for the use of dietary blueberry supplementation to improve gut health and minimize the effects of obesity associated with a high-fat diet.