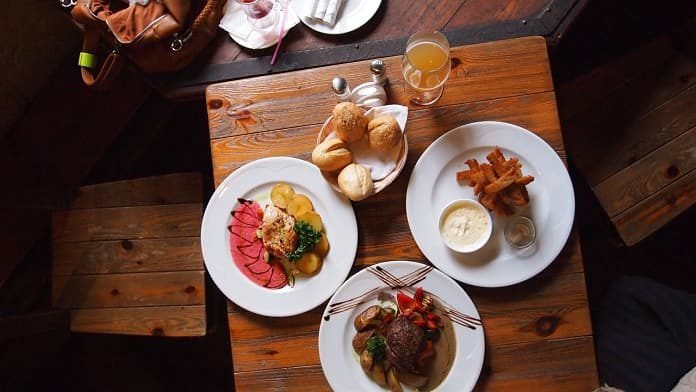 In the effort of fighting obesity, American researchers studied how people respond to calorie-counts label on restaurant menus. They examined why calorie labels do not convince people to make healthier choices while dining out.

One of the recent strategies to fight obesity in the United States and Canada is the addition of calorie labels on fast-food restaurant menus. These are simply numbers, added after the description of the menu item, usually on the right side of the dish explanation. The idea behind this tactic is that people will reconsider and avoid ordering high-calorie food, choosing healthier food alternatives instead. Yet, various research studies show that calorie labels have no effect on diners’ behaviors.

A study published in the Journal of Consumer Psychology examined what might be the reason that this method does not contribute to fighting obesity. The researchers asked themselves if positioning the numerical caloric value right after the menu item description has something to do with it. They chose a fast-food restaurant on a college campus and tested how 157 diners ordered their food.

The participants chose items from one out of three menu options, either without or with a numerical caloric description on the right or the left side of the items name. The researchers discovered that when placed first, or on the left side of the dish name, a high caloric number made people choose healthier alternatives. In fact, the caloric intake dropped nearly 25% as a result of this simple change.

The researchers performed another study, testing the same hypothesis on Israeli participants, who natively read from right to left. They included 254 people and demonstrated that for that populations, placing the caloric number first – but this time on the right side of the dish name – had a similar trend.

The authors do not describe study limitations and offer a simple explanation of their results. They say that the healthier choice of low-calorie food by both Americans and Israelis in the study is simply because they see the calorie label first. In that way, the caloric information is processed early during their food-decision making. As a result, people with fixed health goals will end up ordering the healthier menu item. However, the researchers also state that people without such goals, or who consider low-calorie food not tasty, will not be influenced by this change.

Nevertheless, the study concludes that a simple change in the physical location of the calorie-label on restaurant menus – to the beginning of the items description- might help with fighting obesity among Americans.