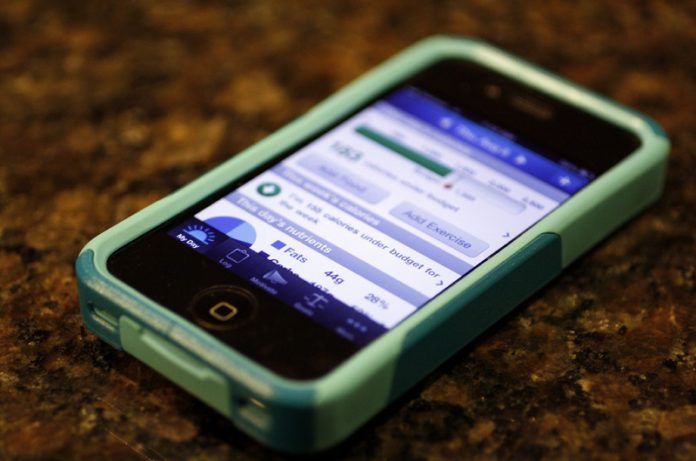 Many people are constantly working hard to reduce their weight or overcome obesity and are using various methods to help with this. A recent study investigates why people do not like calorie counting apps and how they feel the need for more long-term motivational resources.

Obesity has become a major issue in recent times, leading to the development of various new methods to help reduce weight gain. Moreover, with two-thirds of UK’s population being overweight and obese, this makes them more susceptible to chronic conditions such as, heart disease, diabetes and some types of cancer. As a result, public health officials have promoted healthy eating and lifestyle, however, with a technology-based society, many of these methods are through mobile applications (apps) which users do not find to be completely effective.

A recent study published in the Internet Interventions journal, explores the problems people encounter when losing weight or maintaining weight loss. Two main aspects investigated surrounding this were experiences and wishes related to weight management and weight loss support which included e-health support and reactions to Functional Imagery Training (FIT) as a possible intervention. This study included 24 volunteers (6 males and 19 females) in the UK who wanted to lose weight or who were trying to maintain their weight. The age range of the participants was 19-70 years of age and consisted of six focus groups of three-seven participants per group.

The study was based off of focus group discussions which were audio recorded and had discussions amongst themselves rather than addressing the facilitator to avoid bias. Questions included, ““Have you tried to control your weight before? Are you trying to diet at the moment? What do/did you find the hardest part?” Additionally, groups were asked what supports they used and if they mentioned apps, they were asked to say what app they liked. Towards the end of all group discussions, the facilitator briefly explained the concept of FIT as being an intervention where individuals would be trained to generate and practice mental imagery of how and why they will achieve their goals. Lastly, audio recordings were transcribed and coded to find themes and further analyze the data.

Conclusions drawn from this were, participants who were currently trying to self-manage their weight found that staying motivated was the hardest part. Some stated that this was due to lack of time and energy and controlling cravings. However, most said staying or getting motivated was the most difficult obstacle. As a result, most participants found this lacking in FIT and current apps. They mentioned that apps could potentially provide this support by helping them set goals and gain encouragement from other people. Moreover, participants expressed frustration from trying a variety of diets and physical activity apps that focused on calorie counting and monitoring their exercise. They explained that self-monitoring can be useful at the beginning of changing their diet, but continuous self-monitoring made them discouraged rather than motivated them. Furthermore, the wording of these apps or information online regarding healthy eating and exercise regimes did not give continued motivational support, leading to weight regain after it was completed.

Participants gave suggestions on how to improve these apps to provide long-term motivational support.  For instance, they said an option to share a function of motivational support, more specifically, the option of sharing with a closed community of individuals similar to themselves, or to share physical activity with other app users, would make them more likely to achieve daily physical activity goals than those who could not share.  Another feature they requested was for apps to be simple and customizable to their own timescales and goals. Lastly, participants in this study described that slow results made it hard to stay motivated and would have rathered apps that provided encouraging messages and rewards such as, icons, points or badges.

A limitation in this study was in terms of evaluating the FIT app. Solbrig et al. did not give participants a chance to try out the app because it was still under development, so their responses were based on screenshots rather than actual use. However, this study provides important feedback about improvements to apps and more importantly enhances and suggested more effective methods of weight loss. This provides the opportunity to develop motivational and self- help interventions from people that use the app as there is a misconnection between public health campaigns and weight loss commercials. Participants in this study expressed the need for motivational and autonomous e-support as opposed to lifestyle information and self-monitoring.