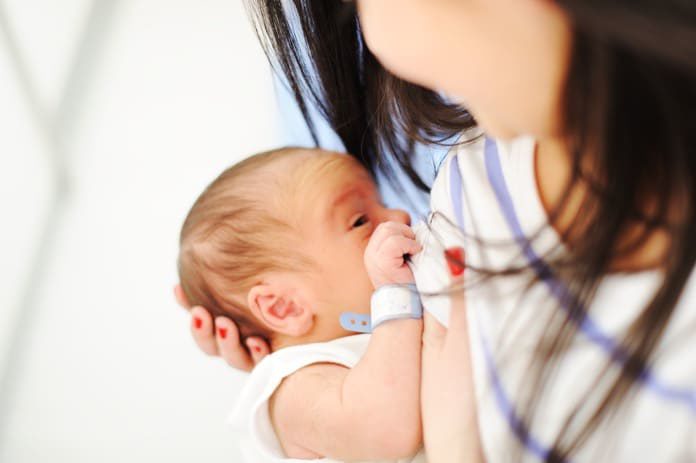 Researchers investigate whether a breastfeeding promotion intervention affected allergy-related conditions such as atopic eczema and asthma in adolescents.

Breastfeeding provides many emotional and health benefits to both mother and child. Among the many health benefits, breastfeeding is believed to help prevent allergies and conditions associated with these, such as asthma and atopic eczema. Mothers are therefore encouraged to exclusively breastfeed their babies for four to six months. These guidelines, however, are surprisingly based on observational studies yielding inconsistent results.

A study recently published in JAMA Pediatrics attempted to conclusively show whether or not prolonged and exclusive breastfeeding could lower the long-term risk of atopic eczema, asthma, and low lung function, which are often associated with asthma. Unlike previous studies, the authors used data from a randomized trial, the Promotion of Breastfeeding Intervention Trial (PROBIT). A total of 17,046 mother-child pairs from 30 hospitals and clinics in Belarus were randomly assigned into one of two groups: an intervention group in which mothers participated in a breastfeeding promotion program or a control group, in which mothers followed the usual hospital or clinic breastfeeding recommendations.

The study followed the children over a 16-year period, including at regular intervals for the first 12 months of their lives, during which time they were regularly assessed for atopic eczema. At 6.5 years of age, the parents were asked to complete a questionnaire designed to identify symptoms of asthma and atopic eczema, and the children had a skin-prick test for allergies. At 16 years of age, the children completed the same questionnaire, had a skin assessment, and had their lung function measured.

The authors carried out a range of analyses using a breastfeeding exclusivity and duration cut-off point of three-months, which was a shorter duration than expected. This was because a large percentage (55.3%) of mothers in the promotion group did not exclusively breastfeed their children in the first three months, but a large percentage (93.1%) of mothers in the control group did. Despite this disappointing statistic, more mothers in the breastfeeding promotion group exclusively breastfed their babies for six months and longer compared to those in the control group. All results were adjusted for sex, location (urban vs rural, East vs West Belarus), parental education level, birth weight, and smoking status of the parents and children.

Remarkably, 13, 557 (79.5%) of the children were followed-up over a 16-year period. The ratio of males to females and sociodemographic characteristics were similar in each group. Overall, both males and females in the breastfeeding promotion group had a 54% lower risk of flexural eczema, eczema that occurs in the creases of the elbow, knee, or wrists, at 16 years of age. Breastfeeding promotion had no effect on self-reported symptoms of asthma and atopic eczema results or on lung function in adolescents.

This study has many strengths, including the high follow-up rate, large cohort, randomized design, and the use of physician testing alongside self-administered questionnaires. However, the authors expressed concern that these results may not be transferable to other populations. Although the health services and sanitation conditions in Belarus are comparable to those in the USA and Western Europe, atopic eczema is not as common in Belarus. The authors speculated that this might be due to increased exposure to different environmental risk factors in wealthier countries, which may make it difficult to generalize the results to other countries.

In conclusion, the results from this long-term, randomized controlled trial imply that prolonged and exclusive breastfeeding may reduce the risk of flexural eczema in adolescence.