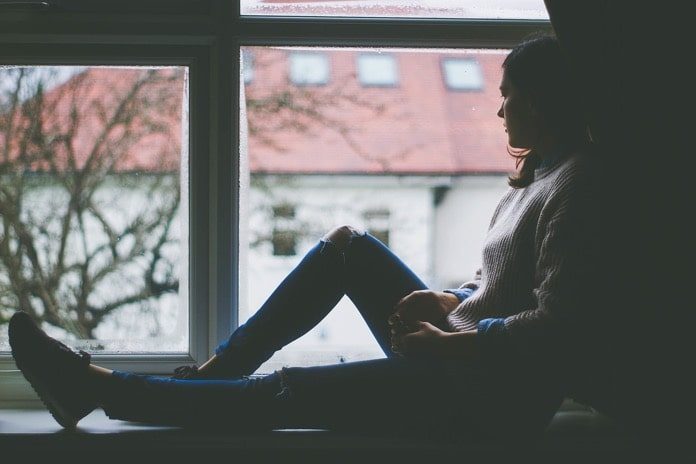 Researchers find that existing drug treatment is effective against SCCOHT, a rare and fatal form of ovarian cancer that affects young women.

Small cell carcinoma of the ovary is a rare, highly malignant tumor that affect young women with a median age of diagnosis of 24 years. Approximately 3% of cancers in women affect the ovaries. The prognosis for ovarian cancer is poor and it is the fifth leading cause of cancer-related deaths amongst women. There are different classifications of ovarian cancer based on the type of cell that it originates from.

Small cell carcinoma is a rare type of ovarian cancer

The symptoms of SCCOHT are similar to other types of ovarian cancer and include bloating, abdominal/pelvic pain, difficulty in eating, feeling full quickly, and urinary symptoms. These symptoms might be subtle but if they appear suddenly and persist daily for more than three weeks, medical attention is needed. The subtle nature of the symptoms at times hinders an early diagnosis, hence it is important to seek a medical opinion when suffering from these symptoms persistently.

Genetic origins of this cancer trace back to a single gene

In contrast to the complex genetic causes of most types of ovarian cancer, the genetic origins of small cell carcinoma of the ovary can be traced to mutations in a single gene called SMARCA4. This monogenic nature of SCCOHT was exploited by researchers at McGill University, Canada to discover proteins that can be targeted with drugs for the treatment of this cancer. The results of their preclinical studies were published in Nature Communications.

The study was a result of collaborations between the research teams led by Dr. Sidong Huang and Dr. William Foulkes at McGill University along with other collaborators at Ottawa Hospital Research Institute and the University of Michigan.

Inhibiting certain enzymes stopped the growth of these cancer cells

The inhibition of the CDK4/6 kinases by drugs currently approved for treatment of a subtype of breast cancer resulted in blocking the growth of the SCCOHT cancer cells in experiments carried out with cells cultured in the laboratory as well tumor cells extracted from patients. Dr. Huang noted in the press release, “…our findings potentially broaden the applications of these drugs.”

The inhibitory drug is currently used to treat ER-positive subtype of breast cancer and hence their clinical safety is already established. Using already available treatments could be a turning point for patients suffering from this disease as pointed out by Dr Huang, “In the case of SCCOHT, in particular, it is encouraging to find existing drugs that may prove effective because it is such a rare cancer that it is unlikely to be the subject of dedicated drug development. Furthermore, patients may also benefit from the anti-tumour immunity triggered by CDK4/6 inhibitors as recently shown in other cancers…”

The research team extended their study with SCCOHT cancer cells to non-small lung cancer cells (NSCLC) and shown that about 10% of NCSLC tumors lack functional protein coded by the SMARCA4 gene. The results of this study were published in an additional paper in the same journal.

These findings pave the way for more clinical studies as well as screens for other cancers that might share the genetic vulnerability in the SMARCA4 gene. As Dr. Foulkes noted- “The dream would be to cure these cancers, but any hint of a response would be a positive step forward, in particular, because current treatments for women stricken with SCCOHT have limited effectiveness.”