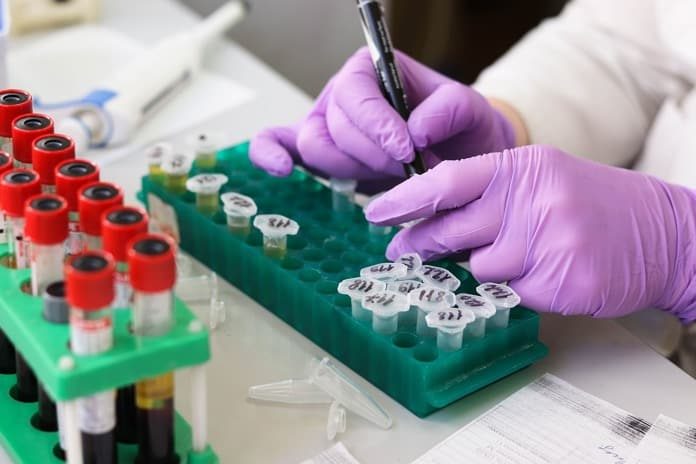 Researchers at Helmholtz Zentrum Munchen- German Research Center for Environmental Health have recently made an exciting discovery which could prove beneficial for type 1 diabetes.

Type 1 diabetes is a chronic disease where the pancreas produces little or no insulin as a result of the immune system attacking the cells within the pancreas. The aim of this recent research has been to develop replacement therapies that create insulin-producing beta cells from human stem cells.

During a recent study conducted at Helmholtz Zentrum Munchen- German Research Center for Environmental Health, researchers discovered the signals that determine the destiny of these stem cells in the pancreas. This study demonstrated that the cells are extremely mobile and altered by their surrounding environment.

Prof. Henrik Semb, Director of the Institute of Translational Stem Cell Research at Helmholtz Zentrum München, noted in a press release, “We have now been able to map the signal that determines whether pancreatic progenitor cells will become endocrine, such as insulin-producing beta cells or duct cells”.

Fate of stem cells determined by the surrounding matrix

In order to overcome this difficulty, researchers placed human stem cell-derived progenitors on glass slides with different matrix proteins on them in specific patterns. This method allowed the researchers to examine how each progenitor reacted to its surrounding environment, without any effect from other surrounding cells.

“The experiments show that exposure to the extracellular matrix laminin instructs the progenitor cells towards an endocrine fate by reducing mechanical forces within the cells. Vice versa, exposure to fibronectin results in a duct fate because of increased mechanical forces,” states Semb.

Endocrine cells within the pancreas are all hormone-producing cells, for example, insulin-producing beta cells and glucagon-producing alpha cells, found within the islet of Langerhans. Duct cells, on the other hand, are epithelial cells that line the pancreatic ducts.

“Our discovery breaks new ground because it explains how multipotent progenitor cells mature into different cell types during organ formation”, Semb says. “It also gives us the tools to recreate the processes in the laboratory, to more precisely engineer cells that are lost or damaged in severe diseases, such as type 1 diabetes and neurodegenerative diseases, for future cell replacement therapies.”

This means that insulin-producing beta cells can now be manufactured using a cost-effective method, and they can be made from human pluripotent stem cells for the treatment of diabetes in the near future.