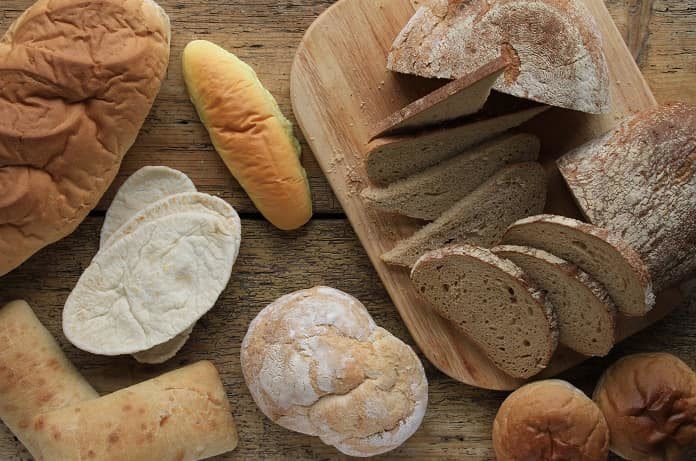 Eating carbohydrate-rich foods chronically can lead to consistently high blood-glucose levels that result in insulin resistance and diabetes. The authors of this study investigate various bread making techniques to see which ones lower the amount of glucose released into blood after consumption.

The amount of glucose in the blood is linked to prior carbohydrate consumption, which then leads to an increase in insulin. If glucose blood levels are constantly spiking with each meal, the likelihood of developing insulin resistance and eventual diabetes becomes rather high. The authors of a review published in the British Journal of Nutrition investigated levels of blood glucose in response to consumption of bread prepared by different techniques, with specific interest in identifying preparatory methods that limit blood glucose spikes. They found that bread that includes fiber and enzymes not susceptible to human digestion limits the release of glucose into the blood. In this particular study, the authors investigate the differences in glucose release between breads that were baked with differing leavening techniques.

Studies were pulled from a number of databases including PubMed, Scopus, ScienceDirect, and Springer. In order to keep their results contemporary, only studies from 2000 onwards were selected. A type of bread’s glucose release was recorded as a Glycaemic Index (GI), where a higher GI value indicates a greater increase in blood glucose after 2 hours of consumption. The study assessed several bread making techniques including sourdough leavening, fermentation time, wholemeal vs. white wheat, sprouting treatment of grain, and acid starters. GI and insulin levels for each type were noted and compared.

Of the many methods of preparing bread, the following techniques were found to lower GI values and insulin responses: sourdough leavening, fermentation, sprouting grain and a lowered ratio of lactic to acetic acid starters. Fermentation resulted in lower GI values regardless of whether whole meal or white wheat were used. Today’s highly industrialized methods use quick leavening agents to mass produce bread. Consuming bread produced with slower fermentation methods may help reduce the incidence of insulin resistance. The precise reasons for the benefits of sourdough fermentation are not known, however, consumption may have long-lasting benefits.