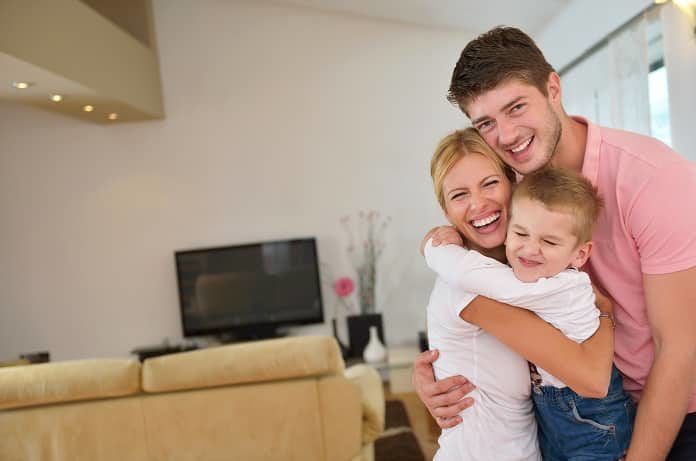 Authors found that the more similar the brain connectome between parents and children, the more emotional synchrony existed in the parent-child relationship.

As humans, we are inherently social. The term social synchrony refers to how the human brain is continuously coupled to those around us, influencing how we interact in the world. Social synchrony appears to be essential for survival and the phenomenon appears in infants as early as the first day of life. The parent-child relationship may be the strongest example of social synchrony. As we are dependent on our parents from the day we are born, the ongoing exchanges of environmental stimuli like sensory, hormonal, and physiological input must be nourished to provide an optimal upbringing. In addition, the sharing of emotional states between parent and child is critical for the social and economical well being of a child. Physiologically, we know that heart rates are often in-synch between parents and children. Cortisol (known as the stress hormone) levels show a similar pattern. However, little else is known regarding social synchrony in the parent-child relationship.

Now that methods exist to examine the functioning brain, like functional magnetic resonance imaging (fMRI), we can study whether parents and children show similar brain patterns in something called a connectome, or a map of all the neural connections in the brain. In other words, a connectome shows you how a brain is wired.Lee and colleagues used fMRI to examine the connectomes of parents and their children. They hypothesized that parents and children with greater similarity in their connectomes would have greater daily emotional synchrony. The authors published their results in NeuroImage.

The study included 76 total participants (37 children and 39 primary caregivers). Two main measures were collected for this study. First, parents and children had what is called a resting state brain scan. This involved a 6-minute fMRI brain scan during which the participants viewed a black screen. They also completed a daily diary for 14 days, which included answering questions about their mood (both positive and negative).