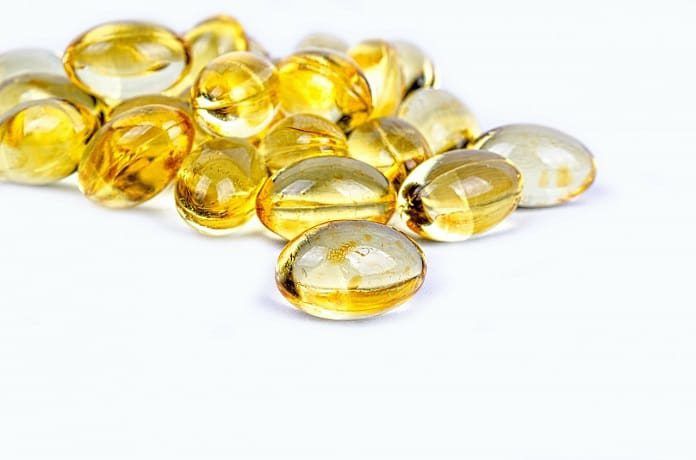 When a research group in the United States inadvertently forgot to add vitamin D to a custom food mix for their pigs, piglets were born with kyphosis. Subsequent experiments showed that when the maternal diet during gestation and lactation contained minimal or no vitamin D, the piglets developed kyphosis, were smaller, had decreased bone mineral content, and femur and vertebrae abnormalities. The same group recently looked at the molecular changes associated with these events and published their findings in The British Journal of Nutrition.

Thirty-seven sows were fed one of three diets containing either 0 (no Vitamin D), 8.125 (low Vitamin D) or 43.750 (high Vitamin D) μg/kg vitamin D during gestation and lactation. Milk samples were obtained from the sows at birth (colostrum) and when the piglets were 18 days old to determine concentrations of a vitamin D biomarker (25-OH-D3). After weaning at three weeks of age, piglets were fed one of four nursery diets containing different levels of vitamin D, calcium, and phosphorus. piAt 7 weeks of age, physical characteristics were recorded. Blood samples were collected from sows and piglets to measure factors involved in maintaining bone mineral density; tissue samples were also taken from piglets to measure tissue 25-OH-D3concentrations. Femur and vertebrae bone samples from piglets were analyzed for changes in genes involved in vitamin D regulation such as CYP24A1 (degrades Vitamin D), CYP27B1 (activates Vitamin D) and osteocalcin(regulated by vitamin D).

Interestingly, although serum 25-OH-D3 levels increased in sows fed low Vitamin D (10-fold) and high Vitamin D (22-fold) diets, these high concentrations were not transferred to their colostrum or milk, and it was difficult to detect in piglet serum and tissue samples. Belying these results, maternal vitamin D levels influenced other factors involved in maintaining bone mineral density, with increased levels of calcium and phosphorus seen in piglets born to low Vitamin D and high Vitamin D sows and increased parathyroid hormone levels (a marker of vitamin D deficiency) in those born to no-Vitamin D sows. Changes in the expression of genes involved in regulating vitamin D were also observed, with increases in CYP24A1and osteocalcin, and reductions in CYP27B1in piglets born to low and high Vitamin D sows.

Although this study demonstrated a link between maternal vitamin D deficiency and kyphosis, it did not identify the underlying mechanisms, keeping options open for further investigations. The study did highlight the importance of developing a biomarker capable of predicting kyphosis: considering 25-OH-D3 is a common biomarker of vitamin D levels, its failure to predict kyphosis was disappointing. Further studies will advance our understanding of the nutritional effects of maternal vitamin D status on kyphosis in both animals and humans.