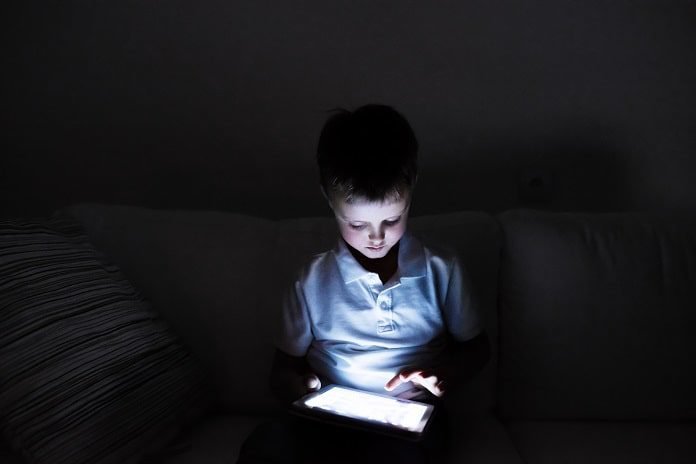 Several lifestyle factors such as age, income below $20,000 per year, smoking, and type 2 diabetes have been associated with vision loss. However, the intricate details of how eye degradation occurs remains elusive.

Studies on mice have shown retinal, a critical biological molecule in your eye that detects light, to have toxic effects on the retina. The retina is located at the back of the inside of your eye, which is composed of thousands of photoreceptor cells that detect light for your brain to process into an image.

In a recent study published in the journal Nature: Scientific Reports, scientists investigate if blue light interacts with retinal to activate PIP2 leading to cell death.

To understand if blue light has any harmful effects on cells, scientists exposed HeLa cells, a type of human cells that are commonly used in medical laboratories, to blue light with and without retinal. Using a PIP2 sensor, the researchers found that PIP2 detached from the cell membrane only when retinal was present, suggesting blue light exposed retinal leads to PIP2 activation.

The researchers hypothesized that the reason why PIP2 detached from the membrane was the blue light acted like a knife and cut PIP2 in half causing one fragment of PIP2. The PIP2 is made up of two fragments: IP3 and DAG. When the PIP2 is cut in half, it causes the IP3 fragment to freely dissociate from the membrane and leave the second fragment, the DAG fragment, to remain attached to the membrane.

Cell death may be caused by blue light and retinal interaction

The researchers reasoned that cell death may be due to blue light interacting with retinal on the cell membrane generating free oxygen radicals. Free oxygen radicals are a common byproduct of normal cell function that causes internal cellular damage leading to aging and possible cell death.

To further test this idea, the researchers exposed cells to CoCl2, a chemical compound that tricks the cells into thinking it is under low oxygen conditions known as hypoxia. Treating these cells with retinal and blue light showed a significant reduction in PIP2 damage, suggesting free oxygen radicals is linked to PIP2 damage.

Study identifies one antioxidant that may reduce damage to critical protein

Interestingly, the researchers discovered that only glutathione ethyl ester was able to reduce PIP2 damage. This suggests that free oxygen radicals are produced from retinal interacting with blue light on the cell membrane to generate free oxygen radicals that target nearby PIP2 for damage. These results were further verified using spectroscopic calculations.

Age-related macular degeneration is a complex condition resulting in vision loss. Researchers investigating the toxicity of blue light on cells have shown that blue light and retinal interact to form oxygen radicals that activate PIP2 which leads to cell death.

These results suggest that blue light may be a critical factor in vision loss by killing photoreceptor cells within the retina of the eye. While this study needs to be repeated using photoreceptor cells instead of HeLa cells to verify their claims, these results show promising evidence of how might age-related macular degeneration occur and the next steps to prevent it.