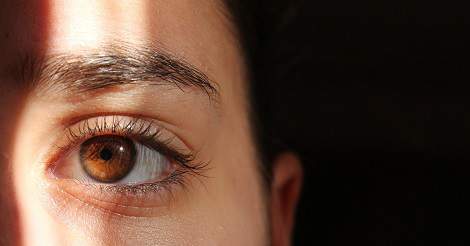 Blue-light exposure, compared to dim-light exposure, in the morning and evening is found to impact metabolism in healthy adults. Further research is required to determine the exact mechanism by which this occurs.

The impacts of light exposure on hunger and metabolism are of particular interest to researchers today, especially with our modern lifestyle and increased use of technology (electric lighting) imposing changes to our patterns of light-dark exposure. There are two mechanisms by which alterations in light-dark exposure may impact hunger and metabolism, one is via our circadian rhythm, and the second is via physiological arousal. Our circadian rhythm controls sleep patterns, alertness, hunger and appetite. Light exposure has been found to modulate circadian rhythms in humans, with the greatest sensitivity to blue-wavelength light. Light exposure also impacts levels of physiological arousal, including sleepiness, alertness and cortisol levels. Past research has concluded that there is an association between the timing of habitual light exposure and body mass index (BMI).The present research focuses on the acute effects of 3 hours of morning versus evening blue-enriched light exposure on hunger, metabolic function, and physiological arousal.

Overall, it was found that blue-light exposure acutely altered metabolic function in both the morning and the evening compared to dim light. Specifically, both the morning and evening blue-enriched light exposure resulted in higher insulin resistance relative to dim light. These changes in insulin resistance with blue-enriched light exposure could, over time, impact eating behavior, body composition, and/or body weight. This study highlights the need for further investigation of light exposure in a real-world setting, to determine if similar results found can be discovered in the real-world as well, not just in an inpatient setting.

In summary, blue-enriched light exposure in the morning and the evening impacts glucose and insulin metabolism in healthy adults. Further research is required to determine the mechanism by which this occurs, and how the mechanism may be different at various times of day.