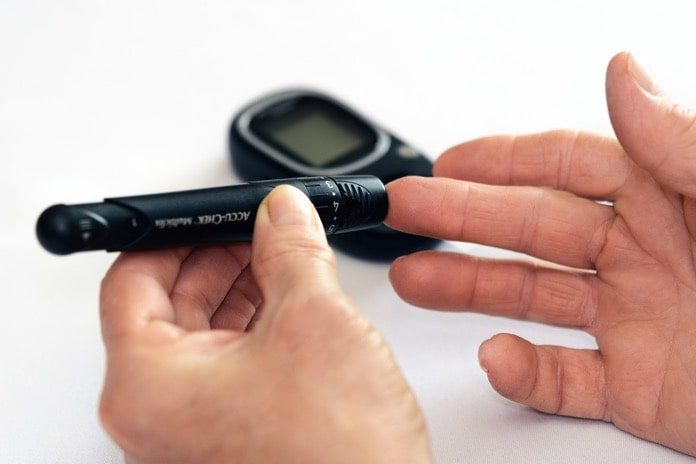 Scientists presented a new study to depict the effect of blood sugar levels of people with type 1 diabetes in the development of fractures.

Diabetes affects millions of people worldwide. Type 1 diabetes or juvenile diabetes can occur in younger ages due to the pancreas not producing any insulin. This leads to poor blood sugar control, which can lead to several complications in diabetic patients like kidney diseases, eye problems, and the risk of fragility fractures.

A study was conducted and published in Endocrine Society’s Journal of Clinical Endocrinology & Metabolism to investigate the relationship between blood sugar control in diabetes and the risk of non-vertebral low-trauma fractures.

The researchers selected participants with newly diagnosed type 1 and type 2 diabetes from a UK-based, primary-care database. The study period was 21 years, ranging from 1995 to 2015. The participants were divided into two groups: cases and controls.

Diabetic patients with a fragility fracture during the study period were placed in the group of cases and the date of fracture was called an index date. The participants who had no fracture between the disease onset and the index date were placed in the control group. The researchers measured the duration of diabetes and HbA1c levels, which indicate blood glucose levels.

Out of the total, 9,531 patients had fractures. Type 1 diabetes patients with good blood sugar control showed no risk of fragility fractures. However, patients who had poor glycemic control with HbA1c levels ≥8%, had an increased risk of low-trauma fractures. Such an association was not seen in those with type 2 diabetes. On average, these fractures were seen in patients with diabetes for 4.5 years.

In type 2 diabetes, the resistance of body cells to insulin leads to high levels of blood insulin which stimulate the bone-forming cells. However, patients on anti-diabetic drugs rosglitazone and pioglitazone had a two-to-three-fold increased risk of fracture due to hastened bone loss.

This is a unique study with several strengths. It included a large number of participants, representing the general population. The glycemic status of the patients was monitored regularly with multiple blood HbA1c levels several times during the study. Moreover, type 1 diabetes and type2 diabetics were studied separately.

There are a few limitations for this study as well. It included a large number of healthy, well-controlled type 2 diabetics. Certain factors like drugs and other diseases which affect the risk of fracture were not excluded. The cause of the fracture was not studied.

One of the researchers, Janina Vavanikunnel, M.D., of the University Hospital Basel in Basel, Switzerland stated in a press release, “We investigated the association between the degree of glycemic control and fracture risk by using a large cohort of newly diagnosed type 1 and type 2 diabetes patients. Both types of diabetes are associated with fragility fractures and we showed that poor glycemic control is associated with an increased risk of fracture in type 1 diabetes.”

Type 1 diabetes with poor blood sugar control is associated with an increased risk of fragility fractures. Patient education and motivation can help prevent this risk and improve the quality of life in diabetes.