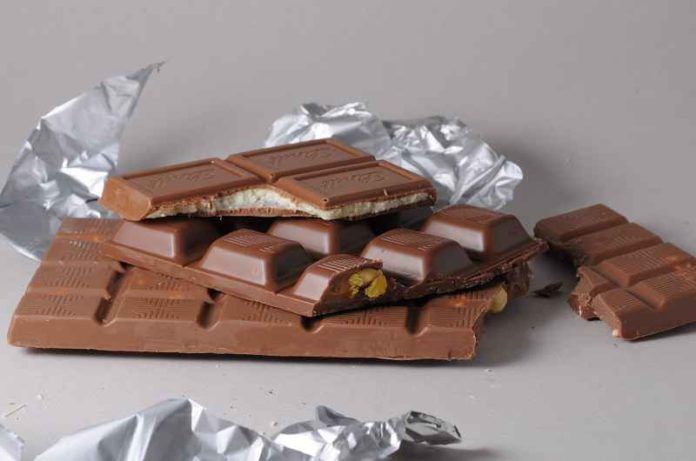 A single-blinded randomized crossover study investigates the ongoing discussion of the impact of chocolate causing acne in college students. Results displayed that chocolate consumption had a significant increase in acne vulgaris in comparison to jelly beans, which did not show a dramatic correlation between the consumption and acne lesions.

Discussions around whether chocolate is good or bad for your skin have been a topic that many have debated over time. Especially due it being a favourite choice of dessert, conflicting opinions and limitations in studies have led to inaccurate results.

A study published in the Journal of the American Academy of Dermatology investigates the impact of chocolate and the association with acne vulgaris. The study was a single-blinded randomized crossover study consisting of 54 college students that were 21 years of age on average.  During the study, participants were prohibited from having other types of chocolate and had to complete dietary logs and demographic surveys. Furthermore, they were randomly assigned 43g of a Hershey’s milk chocolate bar or 15 Jelly Belly jellybeans in which both provided the same glycemic load. To determine the results, after 48 hours, a dermatologist counted the number of acne lesions from photographs. Then, 4 weeks after, a crossover analysis was done where the experiment was repeated and the participants crossed over from one treatment to the other. Therefore, those that had previously eaten the chocolate had jelly beans and vice versa, then the acne lesions were reanalyzed. It was found that there were no differences in the number of lesions between the two groups when the crossover occurred. Further findings presented that the group that had the chocolate had a significant increase in acne lesions in comparison to the group that ate the jelly beans. Lastly, none of the covariates, such as age, gender, and stress, were related to the amount of acne lesions counted.

Further studies are important and necessary as this study and many others do not show a clear relationship between the two variables and have limitations that suggest that results are inaccurate. Amendments that can be made to this study is using a larger experimental group, comparing chocolate to other types of chocolate, such as a different brand or dark chocolate as opposed to jelly beans, and seeing if gender makes a difference in the results. An additional limitation to this study is that the participants were all young, college students so it cannot be determined if other factors due to bodily changes as a result of stress or age caused acne or if it was the chocolate. However, the study stated that the cause for acne was due to chocolate consumption causing cytokine production, resulting in over-inflammation on the skin. To treat acne, it was recommended that a dose of antibiotics are a great anti-inflammatory and are most effective.