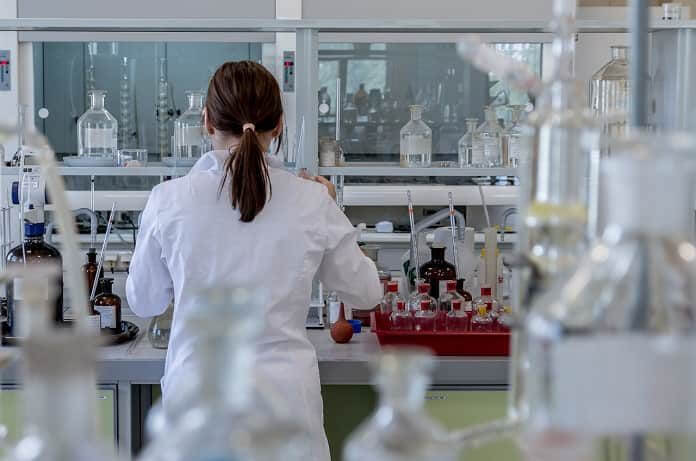 Tumour recurrence and the development of drug resistance are just two factors which contribute to the difficulties of curing cancer. Regardless of the advancements achieved in treating cancer, the development of new treatments is critical for those patients who experience recurrence or drug resistance. One potentially powerful tool that has emerged is cancer immunotherapy using bispecific antibodies, a product of genetic engineering.

More recently, however, first proposed in the mid-1980s as a potential cancer treatment, a novel immunotherapy strategy being rigorously investigated today is bispecific antibodies. Antibodies are Y-shaped proteins recruited by the immune system to identify and neutralise harmful or foreign objects such as bacteria, viruses, or parasites. These foreign particles or bodies are known as antigens.  Bispecific antibodies are unique as they can simultaneously bind to therapeutics such as effector cells (activated cells including T cells, macrophages, and monocytes, that defend the body in an immune response) and targets like tumour cells to enhance tumour killing. They are also able to simultaneously block two different oncogenic mediators, powerful molecules which regulate cell proliferation, differentiation, and apoptosis (programmed cell death) that have been shown to play a pivotal role in the formation of many cancers.

Commonly investigated bispecific antibodies with more advanced formats developed are called triomabs and bispecific T cell engagers. These compounds can bind simultaneously to T cells, as the name suggests, and a surface antigen on tumour cells. In 2014, blinatumomab, a bispecific T cell engager, was approved by the FDA as a treatment for relapsed or resistant acute lymphoblastic leukemia (ALL). However, its clinical application has been hindered due to the short serum half-life of this antibody.

The interaction mediated by these bispecific antibodies linking T cells and tumour cells initiates the killing process, as different immune effector cells are recruited and activated to the tumour site to eliminate tumour cells by various immunological killing mechanisms. Numerous clinical studies are in progress to further investigate the use of bispecific antibodies for solid tumours as opposed to blood and lymphatic malignancies.

The first step for successful cancer immunotherapy is identifying specific targets for the antibody on cancer cells. Bispecific antibodies which target antigens commonly expressed on specific solid tumours that have been extensively investigated and show potential for cancer immunotherapy include epithelial cell adhesion molecule (EpCAM), human epidermal growth factor receptor (HER) family, carcinoembryonic antigen (CEA), and prostate-specific membrane antigen (PSMA). These antigens are expressed on certain carcinomas including ovarian cancer and lung cancer.  For example, 86.5 % of non-small cell lung cancer patients show high expression of EpCAM. Furthermore, an attractive treatment for glioblastoma is bispecific antibodies which target the over-expressed antigens EGFR and HER2. Cancers which overexpress CEA include lung, breast, and pancreatic cancer, and as the name suggests, PSMA is expressed in all stages of prostate cancer.

The review found that despite preclinical studies using bispecific antibodies to treat solid tumours showing potent antitumour efficacy, the outcome of most of the clinical trials showed it as a surprisingly less effective potential cancer treatment due to a number of challenges associated with this approach.

Ideally, the bispecific antibody target would be a tumour specific antigen homogenously expressed on the surface of the tumour cell and play a pivotal role in the production of tumours. However, given there are numerous antigens expressed in various tumour cells, efforts to seek out particular antigens and improve specificity remain challenging.

There are still several other challenges like reducing the toxicity to normal tissues which need to be overcome before bispecific antibodies can be used successfully to treat solid tumours. Continued research by scientists to find possible solutions to these challenges and find better approaches to employing bispecific antibodies as a cancer treatment for solid tumours is essential, particularly as the preclinical trials have shown such promising results.