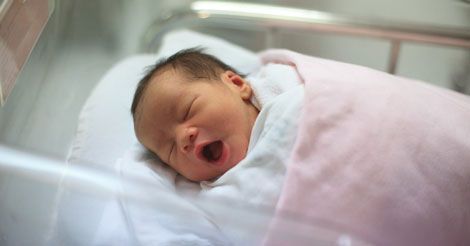 A new study published in Developmental Science reports that bilingual infants have increased activity in brain areas associated with executive functioning when processing sounds. When compared to English-speaking monolingual infants, bilingual infants were just as able to discriminate against sounds from the English language.

By 12 months of age, regularly developing children should be babbling away and responding properly to sounds that they hear; within their first 3 years of life, they have learned their native languages. Exposure to language is critical for child development, and plays a huge role in things like proper brain development and understanding social norms. The high prevalence of bilingual children shows that the infant brain is able to successfully encode multiple languages simultaneously. What is not well understood is whether (and how) dual language exposure affects phonetic learning towards the end of the first year of life.

Phonetic learning (the learning of distinct sounds) is known as the “pathway to language” because it effectively predicts many successive stages in language acquisition. Until 6 months of age, infants are able to discriminate between phonetics of many, if not all, languages of the world. By 12 months of age, children’s sensitivity to native sounds increases, and sensitivity to foreign language phonetics decreases.

MEG scans also showed that bilingual brain responses to language extended into the prefrontal and orbitofrontal cortex, 2 brain areas known to be involved in executive functioning. Executive functioning involves a set of mental skills that are required to organize and act on incoming information. Altogether, the results suggest that encoding two languages takes a longer time compared to the encoding of a single language, but bilingualism shapes not only language development, but also cognitive development as a whole.

Young children are equally capable of learning two languages as they are of learning just one, and their cognitive development would greatly benefit from bilingualism.