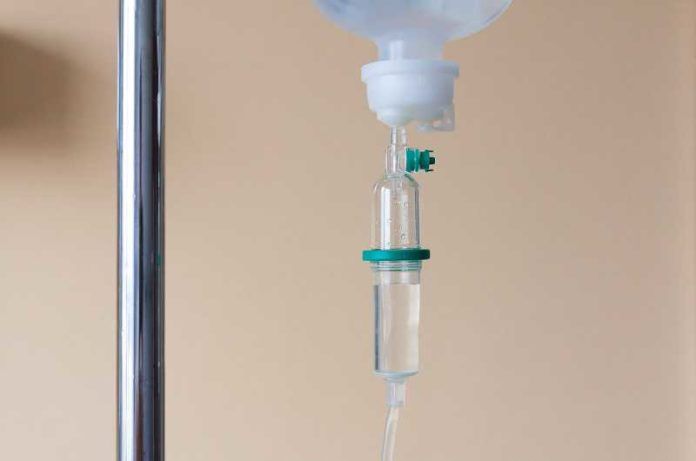 Clostridium difficile bacterium is the most common cause of infectious diarrhea in hospitalized patients and is associated with high rates of recurrence, despite antibiotic treatments. Infusions of bezlotoxumab, a monoclonal antibody that targets C. difficile toxin B, has been demonstrated to reduce the risk of recurrence.

The Clostridium difficile bacterium is the most common cause of infectious diarrhea in hospitalized patients. Currently, C. difficile infections are treated with rigorous antibiotic therapy, yet recurrent infections occur in almost 35% of patients. Recurrence is associated with more severe consequences, higher costs of cure, and is generally harder to treat than the primary infection itself. It is believed that C. difficile toxins, toxin A and toxin B, are key in causing infection. Immunization against these toxins, in animal models, has demonstrated some degree of protection against recurrent infections. Similar approaches are being investigated in humans to target these toxins, in hopes of reducing the risk of recurrent infections. Actoxumab and bezlotoxumab are monoclonal antibodies that specifically target toxin A and toxin B, respectively. The efficacy of these antibodies in adjunct with standard-of-care, antibiotic therapy, may effectively reduce the risk of C. difficile recurrence.

MODIFY I and MODIFY II were two randomized, double-blind, placebo-controlled trials, designed by MERCK and academic advisors, to determine the efficacy of actoxumab and bezlotoxumab in reducing the risk of recurrent infections. A total of 2,174 patients with primary or recurrent C. difficile infections, receiving antibiotics (metronidazole, vancomycin, or fidaxomicin) for 10 to 14 days, were recruited and managed to complete the trial through 12 weeks. Participants were randomly assigned to one of four groups: a single infusion of bezlotoxumab, a single infusion of actoxumab, a single dose of actoxumab and bezlotoxumab, or no antibiotic infusion (placebo group). The infusion was given within 6 days after initiation of antibiotic therapy and participants were then asked to record their unformed bowel movements (diarrhea) for 80 to 90 days.

In both trials, separately and collectively, the initial rate of cure was similar between both bezlotoxumab and placebo control groups. The recurrence rate of infection was reportedly lower in bezlotoxumab and actoxumab-bezlotoxumab groups, in comparison to the placebo control group. In the MODIFY I trial, the actoxumab group did not significantly reduce recurrence rates, but rather, increased the risk of adverse effects and death. For this reason, MOFITY I trial was stopped, and subsequently, MODIFY II trial did not include a group administered actoxumab alone. In both trials, the efficacy of bezlotoxumab in reducing recurrence rates was noticeable within 2 weeks after the initial infusion and was maintained throughout the 12 weeks. Moreover, bezlotoxumab effectively reduced risk of recurrence in the subgroup of participants that were at higher risk of recurrence. The effectiveness of bezlotoxumab was still obvious when comparing participants based on hospitalization status, antibiotic therapy, and geographic location. The bezlotoxumab-treated group also achieved a higher sustained cure and a lower risk of diarrhea recurrence. In terms of safety, as previously noted, actoxumab was associated with higher adverse outcomes and death, whereas the risk associated with bezlotoxumab was like the control group.

In both trials, MODIFY I and MODIFY II, participants undergoing antibiotic therapy for primary or recurrent C. difficile infection had lower rates of recurrence with bezlotoxumab infusion. Based on these results, one may speculate that perhaps toxin B, which is neutralized by bezlotoxumab, may be the primary determinant of virulence in recurrent C. difficile infections. However, further studies are required to confirm this speculation and to establish an exact molecular mechanism of action of toxin B. It would also be interesting to determine whether toxin A plays a role in infection recurrence or not. In conclusion, the trials demonstrated that bezlotoxumab infusions in adjunct with antibiotic therapy are effective in curing C. difficile infections and reducing the risk of recurrence.