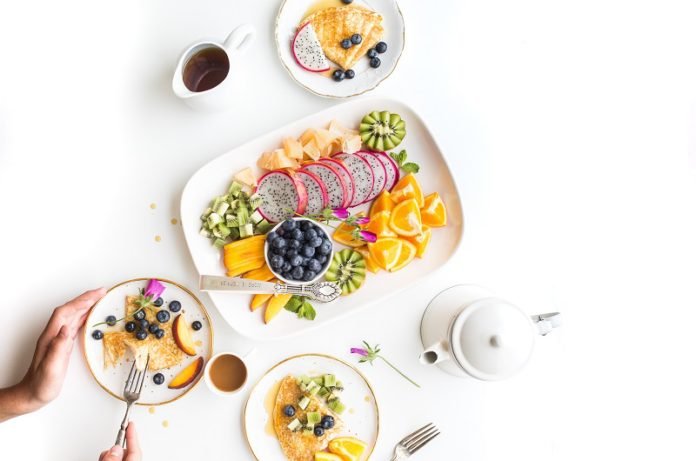 A novel study published in the British Journal of Nutrition investigated the association between diet quality and changes in the severity of asthma symptoms. Results established that a significant association exists between a healthier diet and improved asthma symptoms among participants who never smoked over several years.

Past research has proposed that the increase in the global prevalence of asthma can be explained by alterations in various environmental and behavioral factors that coincide with a Western lifestyle. This Western lifestyle has been characterized by a sharp decrease in fruit and vegetable consumption, as well as an increase in the consumption of ultra-processed foods. The mass consumption of these “Western” ultra-processed foods has translated into the reduced consumption of fatty acids and antioxidant vitamins; researchers have proposed that these reductions may explain the rise in asthma rates globally. In light of this widely held hypothesis, the majority of asthma-diet studies have focused on the anti-inflammatory and antioxidant properties of dietary factors.

Many studies have demonstrated that obesity is a risk factor for asthma and that dietary improvements can lower obesity risks. Smoking has been identified as an imperative source of oxidants (substances that produce damage of cells, proteins, and DNA) and research has shown an association between smoking and an increased risk of adult-onset asthma (asthma beginning in adulthood). Some studies have posited that BMI (body mass index) may serve as an important mediator (a variable that explains part of an association between two other variables) in the healthy-diet asthma association, whilst few studies have explored the connection between improvements in diet quality and changes in asthma symptoms while considering BMI as a mediator. The researchers executed this study, published in the British Journal of Nutrition, with the primary aim of characterizing the relationship between diet quality and asthma symptoms, while treating BMI as a mediator and smoking status as a potential modifying factor (a variable that affects the strength of an association between two variables). They utilized the Alternate Healthy Eating Index (AHEI-2010) questionnaire to measure the diet quality of participants; the severity of asthma symptoms was measured by the asthma symptom score (the numerical score is based on the frequency of respiratory symptoms that have occurred over the previous 12 months).

A total of 969 participants were included in the final statistical analysis and were followed over several years. Researchers did not find an association between changes in asthma symptoms and the diet score among current and prior smokers. A strong association between a healthier diet and improved asthma symptoms was documented amongst participants who had never smoked. Interestingly, 499 of 969 participants classified themselves in the ‘never smokers’ group. It was deduced that smoking habit was a crucial mediator in regards to the healthy diet-asthma relationship; contrarily, BMI did not serve as a mediator in this association.

The overarching conclusion reached by the researchers was that a healthier diet was significantly associated with less severe asthma symptoms over several years, irrespective of one’s BMI, among participants who never smoked.