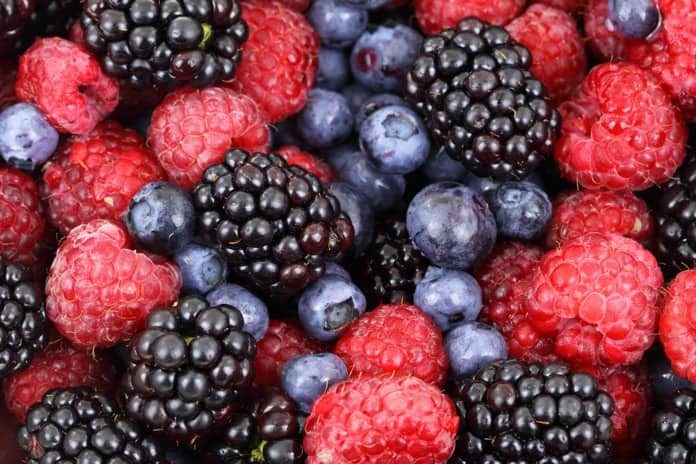 A recent study investigated the anti-inflammatory activities of metabolites found in berries and pomegranates. The findings may impact the treatment and prevention of inflammatory bowel diseases.

In recent years, studies have associated alterations in the bacterial environment in the intestine with certain diseases such as cancer and inflammatory bowel diseases. Researchers from the Department of Microbiology and Immunology at the James Graham Brown Cancer Center in Louisville, Kentucky designed a study to test the theory that certain bacterial metabolites can affect inflammatory bowel diseases. The results of this study were published in Nature Communications.

Urolithin A has shown anti-inflammatory, anti-oxidant, and anti-aging properties

The researchers chose a metabolite derived from berries and pomegranate that have previously shown health benefits in humans. Urolithin A is a metabolite of gut bacteria that originates from polyphenolic compounds found in berries and pomegranates. This metabolite has previously shown anti-inflammatory activities and anti-oxidant and anti-aging properties. In further analyses of this metabolite, the researchers aimed to demonstrate that Urolithin A also has beneficial effects on gut barrier function through specific physiological pathways.

In vitro and in vivo experiments were performed on mice to demonstrate the beneficial effects of Urolithin A on inflammatory bowel diseases. Consistent with previous research, Urolithin A demonstrated a reduction in the release of the inflammation factors interleukin 6 and tumour necrosis factor alpha in mice immune cells. In vivo, treatment with Urolithin A reduced the inflammatory response in the blood of a mouse model of peritonitis.  These tests suggest that Urolithin A has potent anti-inflammatory activities.

Metabolites close to the gut lining may affect intestine permeability

The purpose of this study was to demonstrate the effect of metabolites of gut bacteria on inflammatory bowel diseases. The researchers examined the effect of oral treatment of Urolithin A in a mice model of colitis. The mice exposed to 2,4,6-Trinitrobenzenesulfonic acid (TNBS acid) develop colitis. Once treated with Urolithin A, these mice experienced a protective effect from various inflammatory bowel disease symptoms such as body weight loss and increased permeability of the gut. These mice also exhibited a lower disease activity index score. A decreased colon shortening and a reduced weight to length ratio were also observed, which supports the role of Urolithin A on decreasing colon inflammation.

The preventative effect of Urolithin A on gut health was also studied. Normal mice were pretreated with Urolithin A before they were exposed to the inflammatory bowel disease inducer TNBS acid. The researchers noted a preventative effect against colon shortening and colon inflammation. An enhanced gut barrier function was also observed. These last two studies on the impact of Urolithin A on inflammatory bowel diseases in mice reveals the protective effects of the gut metabolite in vivo.

In conclusion, throughout the various studies performed on healthy and diseased mice, this research suggests a possible health benefit of the gut metabolite Urolithin A. The in vitro and in vivo studies were consistent with past research.